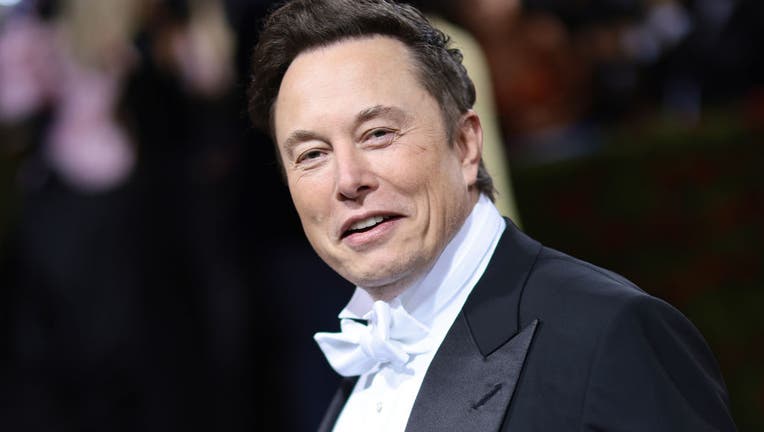 Elon Musk attends The 2022 Met Gala Celebrating "In America: An Anthology of Fashion" at The Metropolitan Museum of Art on May 02, 2022 in New York City. (Photo by Dimitrios Kambouris/Getty Images for The Met Museum/Vogue)

Elon Musk says he will be crossing the aisle to vote for Republicans in the upcoming elections.

Musk announced Monday that he would be voting for GOP candidates in the next election cycle after historically backing almost exclusively Democrats. He made the statement on an episode of the All-In Podcast at a Miami tech conference, as first noted by Business Insider.

"I have voted overwhelmingly for Democrats, historically – overwhelmingly. Like I'm not sure, I might never have voted for a Republican, just to be clear," Musk said on the show. "Now this election, I will."

The audience reacted to the CEO's statement vocally with laughter and applause.

"The issue here is that the Democrat party is overly controlled by the unions and by the trial lawyers – particularly the class action lawyers," Musk explained on the show. "And generally if you see something that is not in the interest of the people on the Democrat side, it's going to come because of unions – which is just another form of monopoly – and the trial lawyers."

During the show, the CEO stressed that he does not consider himself "right wing," and sees himself as a "moderate."

"To be fair, on the Republican side – if you [ask] why is something not ideal happening, it's because of corporate evil and religious zealotry," he added.

According to his own comments, Musk has rarely if ever voted for the GOP, though he has often backed unconventional candidates. In 2019, Musk announced his support for outsider Andrew Yang in the Democratic presidential primary.

Musk has stayed in the headlines over the past few weeks as he continues his planned purchase of the Twitter social media platform. The tech magnate stated that he wants to see more free speech on the platform and a greater effort to balance its perceived "very far-left bias."

Elon Musk would overturn former President Donald Trump's ban from Twitter if his purchase of the company is successful, the billionaire Tesla owner said Tuesday. Musk made the comment during an appearance at FT Live's "Future of the Car" conference on Tuesday. Twitter accepted his offer to purchase the company on April 25, but Musk says the deal will take another two to three months before it is finalized.

Musk's announcement will have major implications as the entrepreneur continues positioning himself against the mainstream of the Democratic Party. Musk made many enemies in the Democratic Party after stating that he will re-establish former President Donald Trump's account on Twitter if his purchase of the platform is successful.

Leftists including Keith Olbermann, Dean Obeidallah and others reacted viciously to the thought that the brash 45th president could be allowed back on Twitter.

During an interview with The Financial Times on Tuesday, Elon Musk, the potential new owner of Twitter, claimed Twitter was wrong to ban Trump and that once his ownership of the company is finalized, he would reverse the ban.

Fox News' Gabriel Hays contributed to this report. Read more of this story on FOX Business.