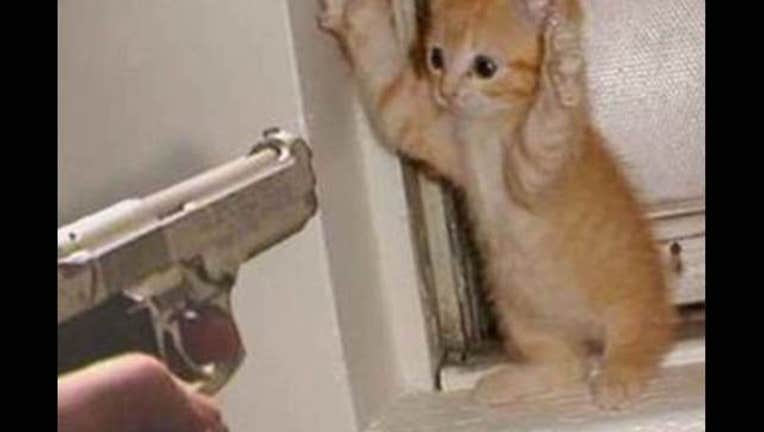 BRUSSELS, Calif. (FOX 11 / AP) - What police force would start playing along with a practical joke when the capital is facing its highest state of alert and its most-wanted fugitive is still on the run? Right! This is surreal Belgium.

En masse, they did more than that, becoming mischievous within minutes.

The hashtag #BrusselsLockdown suddenly shifted from serious to humorous, tweeting a flood of pictures of all-too-innocent cats in all kinds of situations - holding their paws up as if captured, posing as police snipers with automatic weapons, and ignoring police warnings to stay away from windows.

One tweet had a cat wearing a bowler hat, the trademark of Rene Magritte, Belgium's greatest surrealist.

Within hours, federal prosecutor Eric Van Der Syp said police wanted to thank "social media users because they took the need of this operation into account."

Police joined the party on Monday, posting a picture of a dish overflowing with dry cat food "For the cats that came to our aid last evening. Serve yourself! #BrusselsLockdown"