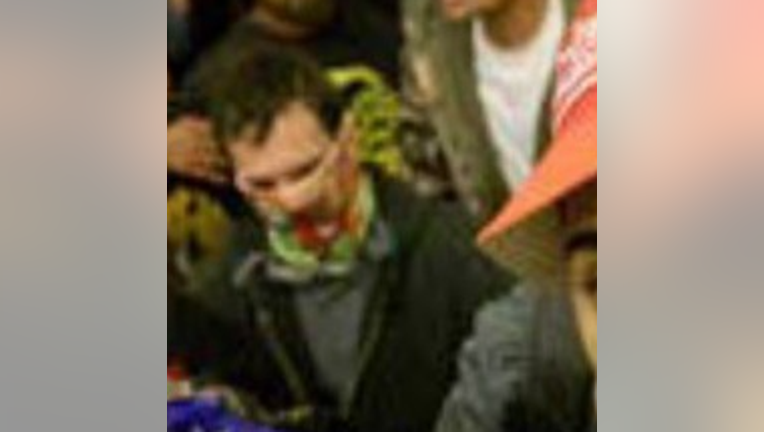 Marc Bru, 41, was arrested in Vancouver and appeared in U.S. District Court in Portland Wednesday, The Oregonian/OregonLive reported.

An arrest warrant affidavit contains images that appear to show Bru flashing the "OK" white power hand symbol while attending a pro-Trump rally in Washington, D.C., then marching with a crowd to the U.S. Capitol.

About 2:30 p.m. on Jan. 6, video footage shows Bru entering the Senate Gallery and later exiting, according to the affidavit.

One photo appears to show Bru with swim goggles around his neck and the antenna of a walkie-talkie radio clipped to his sweatshirt inside the U.S. Capitol, FBI agent Julianna Dippold wrote in the affidavit.

The FBI learned of Bru’s activities largely through tips, according to the affidavit.

Bru is charged in federal court in Washington, D.C., with knowingly entering or remaining in any restricted building or grounds without lawful authority, engaging in disorderly or disruptive conduct in any restricted building or grounds, violent entry and disorderly conduct on capitol grounds, obstruction of law enforcement during civil disorder, and obstruction of Justice and Congress.

Oregon’s U.S. Magistrate Judge Youlee Yim You ordered Bru’s pretrial release with GPS monitoring, over the objection of a federal prosecutor. The judge found Bru has long-standing community ties and family in the area, and some evidence of employment. He must surrender travel documents, stay away from Washington, D.C., and not posses firearms, the judge ordered.

Bru hasn’t yet entered pleas to the charges. It wasn’t immediately known if he has an attorney to comment on his case.

At least four other people in Washington state have also been charged in connection with the insurrection.