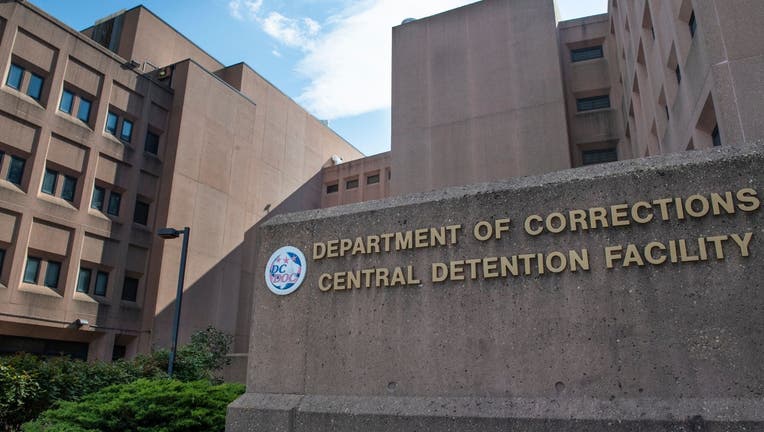 The Department of Corrections Central Detention Facility is pictured in Washington on Saturday, April 11, 2020. (Photo by Caroline Brehman/CQ-Roll Call, Inc via Getty Images)

WASHINGTON - A Federal judge has found D.C. jail officials in contempt of court and is asking the Department of Justice to investigate whether Jan. 6 riot suspects’ civil rights were abused.

"It’s clear to me the civil rights of the defendant were violated by the D.C. Department of Corrections. I don’t know if it’s because he’s a January 6 defendant or not," U.S. District Judge Royce C. Lamberth said at during a Wednesday hearing. "

The judge ordered two of the D.C. Department of Corrections’ top officials to be held in contempt of court.

He did not, however, impose sanctions or penalties on Quincy Booth, the director of the city's Department of Corrections, and Wanda Patten, the warden of the DC Jail.

According to the Associated Press, 30 of the Capital riot suspects who are awaiting trial or sentencing are currently held in the D.C. jail.

The officials had been summoned in relation to the case of Proud Boys member Christopher Worrell.

Worrell suffers from non-Hodgkins lymphoma and he contracted COVID-19 while behind bars.

The Florida man reportedly broke his hand in May and was recommended for surgery in June.

His lawyers said in August, however, that the jail had not addressed his injury, providing him only with Tylenol.

The much-anticipated Justice for J6 rally in support of Capitol rioters who'd been arrested in the wake of Jan. 6 arrived on Capitol Hill on Saturday.

According to Fox News, Lamberth learned last week that Worrell still has not had surgery.

The judge had separately chastised city officials for cutting down the number of rooms in the jail for virtual court visits and for sending an inmate to his court a few weeks ago when they did not have the results of a coronavirus test, saying the "incompetence of jail officials" led to the prisoner being sent back and forth from court without appearing before the judge.

The U.S. Court of Appeals for the District of Columbia Circuit has set standards for judges to apply in deciding whether to jail a Capitol riot defendant.

A three-judge panel of the appeals court ruled in March that rioters accused of assaulting officers, breaking through windows, doors and barricades, or playing leadership roles in the attack were in "a different category of dangerousness" than those who merely cheered on the violence or entered the building after it was breached.

Worrell has been accused of attacking police officers with pepper spray get.

Defendants ordered locked up while they await trial include a man accused of dragging a police officer down steps to be beaten by an American flag and another man accused of leading a group of rioters up the Capitol steps to confront officers. But there are more than 630 people people charged in the Jan. 6 melee.

Judges have released the vast majority of the defendants, including more than a dozen members and associates of the Oath Keepers, a far-right group, who are charged in perhaps the most serious case brought so far in the attack.

Fox News and the Associated Press contributed to this report