You may not think of Austin when you think of whiskey but Fierce Whiskers Distillery is hoping to change that. FOX 7 Austin Digital Content Creator Donny Wong has a look.

AUSTIN, Texas - Fierce Whiskers Distillery is taking a different approach to how it makes its product and in doing so, it's hoping to put Austin on the map when people think of whiskey. The distillery was started by two friends, Tim Penney and Tri Vo, who formerly worked in energy and knew each other from growing up in Houston.

It's been about a six-year journey for Vo and Penney to get to where they are now. Penney says the two were in Colorado when the idea of making whiskey came up. Both men enjoy whiskey and decided to go to Kentucky and learn about distilling. Penney says they learned a lot about the process and in the end decided it was something they could, and wanted, to do. The next step was determining where they would do the venture and Penney says it came down to either Denver or Austin with Austin obviously winning out.

With the city decided, Penney and Vo started looking at where in Austin they could open up. They had hoped to open up a little closer to the city but they said the logistics didn't make sense so they ended up with a six-acre property in Southeast Austin near ATX Studios. One of the buildings on the property you can't miss is the rickhouse.

The rickhouse is a big part of the whiskey distilling process and is where all the barrels are stored. Penney says right now they have about 1,000 barrels in the rickhouse, but there's room for about 4,500 more. 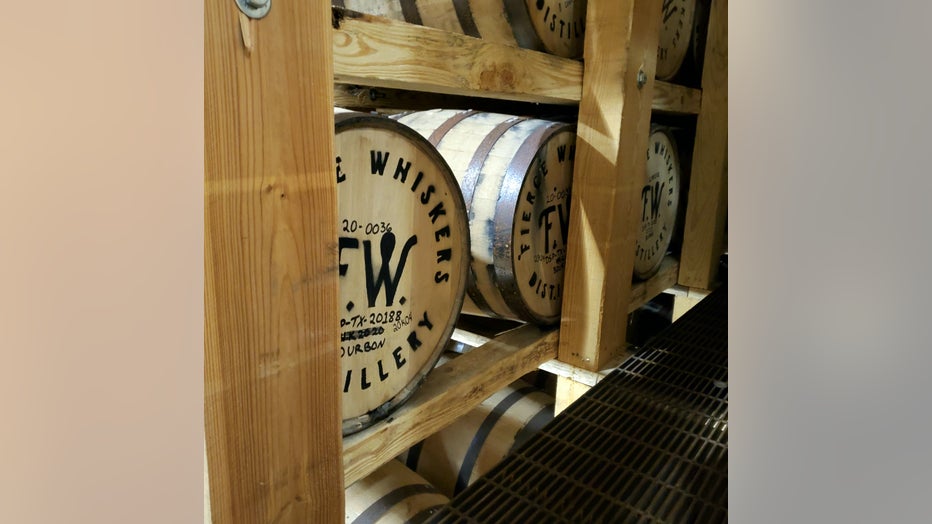 "It’s a really, really cool thing to go into, to smell it, to see it, to feel everything in there. I mean it’s just a kind of ah moment when you walk in there and you can really see everybody’s work as you walk through," Penney says.

Fierce Whiskers is also looking at making whiskey in an environmentally friendly way. "Sustainability is one of the big projects we’re pushing with this one where we can you know traceability, sustainability, transparency to our product is something that we’re going to be pushing very hard and we’re slowly developing," Penney says.

Using their energy backgrounds, Vo and Penney say they're able to determine how much CO2 they put out and look at ways to offset that. They're also looking at things that may seem small, like heat loss and hardware, and improve them so that over time it will pay back.

Penney adds, "We can't change the world or anything like that, but we can do our piece and this is one of our projects that we absolutely can change and do and do differently." 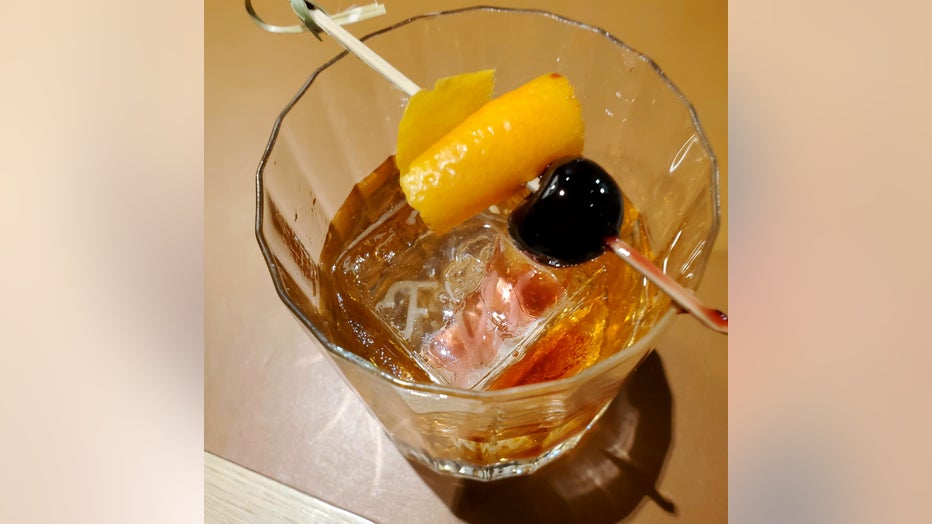 You'll be able to taste the different approach yourself in the recently opened tasting room where you can try a 10-month-old bourbon blend. There's also a full cocktail bar. "Even though we want to be known for our whiskey we have other spirits as well. We made a gin, rum, and an agave spirit so you can find that in our cocktails," Vo says.

A food truck, Char ATX, which makes a Texas yakitori is on-site as well.

It'll be a bit longer before you can get your own bottle of Fierce Whiskers. Vo and Penney are aiming for sometime in 2023, but they're not rushing things. "A really important part of making whiskey is time. So we think it's going to be worth the wait. That's what we try to say. So we don't want to hurry that process. We want to let the bourbon get better and age and take on those flavors, and we're letting the bourbon dictate when we should sell it," Vo says.

In the meantime, Fierce Whiskers is hosting various events and Vo and Penney hope people will swing by. Vo says, "We want to invite Austin to come see what we’re doing and where we are today and grow with us as we hopefully get better and better at what we do."