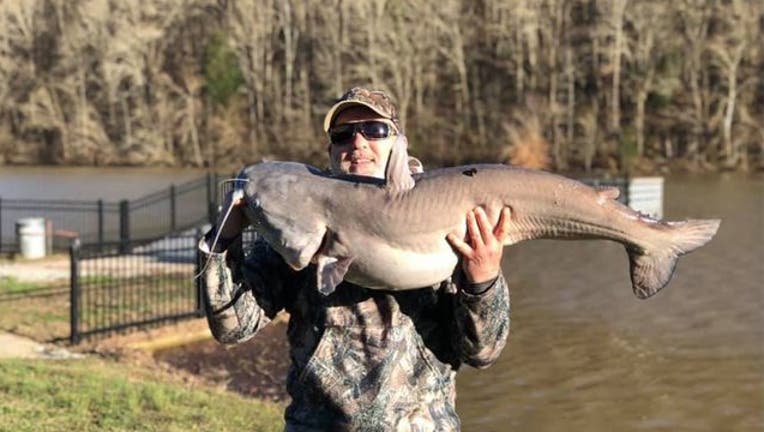 FOX NEWS - Talk about a big fish in a little pond.

Tennessee fisherman John Williams managed to catch a 50-pound blue catfish in the 47-acre Coy Gaither/Bedford Lake in Normandy during a recent outing, likely giving him the record for the largest blue catfish caught in the lake, and also earning him a shout-out from the Tennessee Wildlife Resources Agency.

“What is that old saying? Big things come in small packages… Well, that is especially true of this catch from the 47 acre Coy Gaither/Bedford Lake in Normandy," the agency wrote in a Facebook post alongside two images of Williams’ catch.

“It is a small body of water but, angler John Williams was able to land a bluecat that tipped the scales at just over 50 pounds.”

For the full story visit www.foxnews.com.