CLEARWATER, Fla. - Calving season for North Atlantic right whales has begun, and as the endangered species migrates down the U.S. East Coast, researchers with Clearwater Marine Aquarium are tracking their every move.

Every day from November to April (weather permitting), a team of CMA scientists flies above the ocean, hoping to spot one of the massive, rare sea creatures.

The South Carolina Right Whale Aerial Team leader Shelby Yahn said when there's a sighting, they begin to collect data above and determine if a boat crew should be deployed.

It's believed that only about 350 right whales still exist. Yahn said the research her team is doing is critical to bringing that number up and saving the species.

"We are able to confirm, in real time, the life histories of these animals," Yahn said.

They, track everything from mating behavior, the number of calves born, entanglements and other environmental threats. 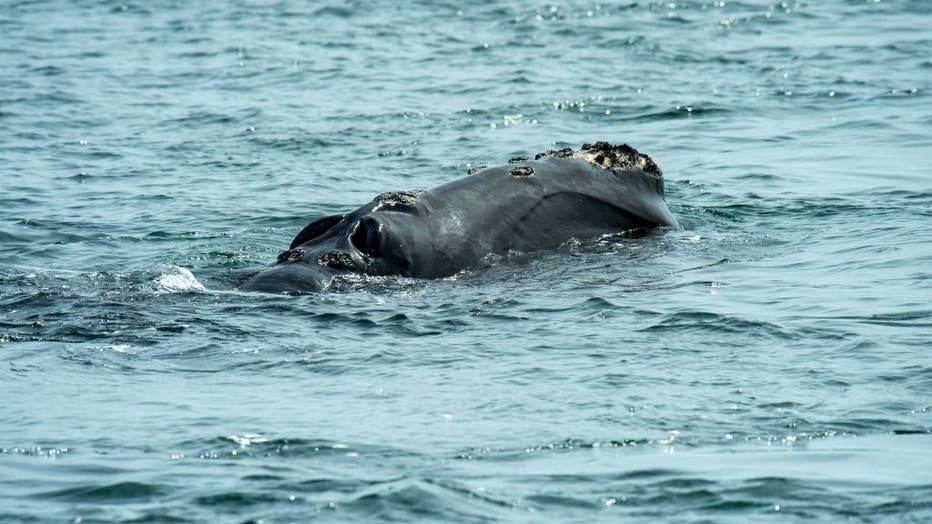 A right whales skims the surface, as seen from the the research vessel Shearwater, during a Right Whale research expedition with the Center for Coastal Studies (NOAA permit 25740-01) in Cape Cod Bay, off the coast of Massachusetts, on April 5, 2022.

Yahn's team works with the North Carolina and Georgia teams and NOAA to record as much information as possible about the whales and their habitats.

"Every nose of a right whale will basically be like its fingerprint, and it can change slightly, but at this point, because we have so many dedicated teams all the way from Canada through Florida, we can document every single whale," Yahn said. 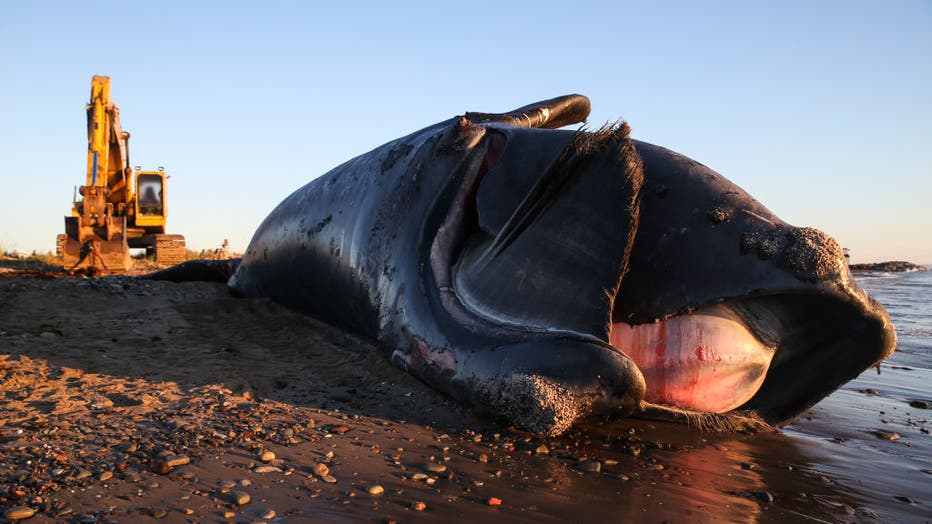 A 9-year-old male right whale lays dead on a beach on Miscou Island in New Brunswick after being towed onto the shore the night before on June 7, 2019. A necropsy took place later that day. This North Atlantic right whale - among the most endangered

NOAA can actually send notifications to boaters in areas where right whales might be present, warning them to slow their speed and be alert.

Yahn said they can also dispatch a team to respond if a whale looks sick or injured.

Their flight season is when most right whales migrate from Canada and Massachusetts down to the coasts of Georgia and Florida.

So far, Yahn says it has been a slower start to the season.

Anyone who sees a right whale is asked to call NOAA’s hotline and a team will respond to evaluate the situation.

It’s illegal to get within 500 yards of a North Atlantic right whale.