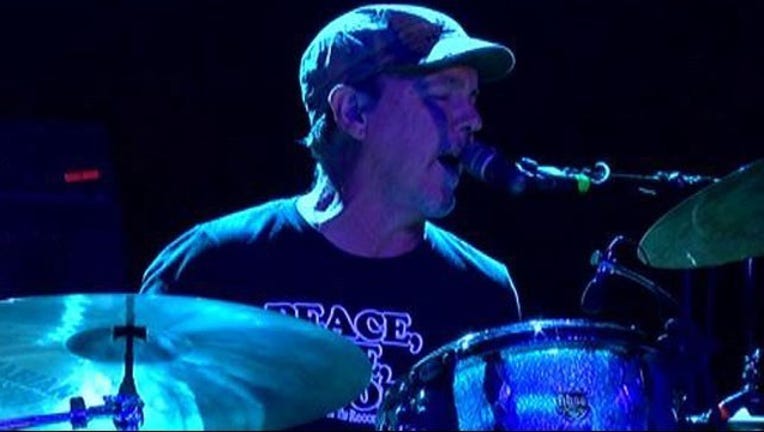 Phil Hurley came to Austin seven years ago and formed a band with friends. He says the Memorial Day flooding was something he could not have seen coming.

"In my seven years it's been bone dry so this is crazy," said Phil Hurley of the South Austin Moonlighters.

The band is one of the more than 20 acts that hit the stage for "Flood Aid TX." The concert's proceeds will go directly to United Way of Hays County Flood Relief fund and The Austin Disaster Relief Network.

"We're going to be rebuilding homes, that is the main need right now. We still have about 400 families that are completely displaced," said Michelle Harper, President, CEO of United Way Hays County.

says as soon as they found out about the devastation the flood had caused, it was crucial to move quickly.

"The first day after the flood, we mobilized, created a fund and then by that night we had created the first day of caring is what we called it, getting volunteers out," said Harper.

"Everyone I know was stumbling over to help because it's a huge tragedy," said Hurley.

The tragedy that may not have afflicted everyone in the area, but touched the hearts of thousands.

"You may not know someone directly, but I can guarantee you someone in the circle of your friends' friends, have been affected by this," said Harper.

Harper says Central Texas will get through this, only if the community continues to rally together.

"This is what Texans do, Texans helping Texans," said Harper.

Reminding those who lost it all, that they didn't lose their community's love

"We love you. We're here for you. Austin cares," said Hurley.

"Don't give up hope because we're coming to help you," said Harper.

If you wish to donate visit floodaidtx.org. Or you can text the word FloodTX to 4144 to make a donation.