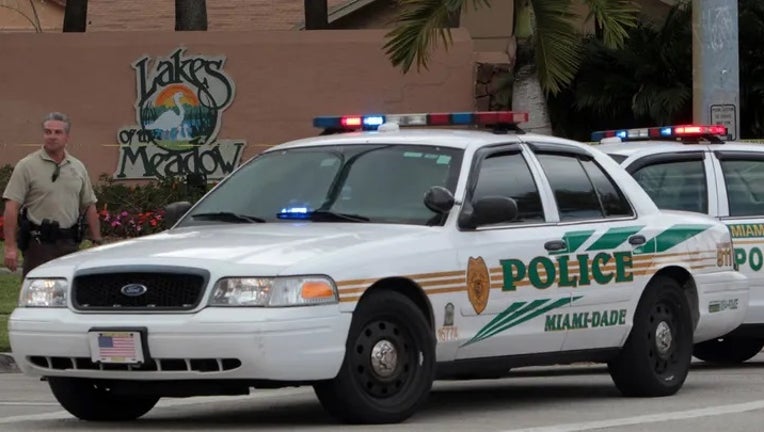 The victim, Shemarion Burse, died from a gunshot wound to the chest on Thursday, according to Miami-Dade Police. (Roberto Koltun/El Nuevo Herald/Tribune News Service via Getty Images)

A 13-year-old Florida boy accidentally shot and killed his 11-year-old brother while handling a gun he found in his parents' bedroom last week.

The victim, Shemarion Burse, died from a gunshot wound to the chest on Thursday, according to Miami-Dade Police.

Shemarion was in his family's apartment with his four siblings, ages 9 to 15, when the incident occurred. No adults were home when the boy was shot.

The 13-year-old brother had removed a gun from a firearm case in the master bedroom closet, and the gun went off as he was handling it.

A neighbor recalled hearing the children screaming for help. The neighbor then rushed over.

"I called 911. I went inside the house. The baby was there, blood everywhere," she told WSVN-TV.

She began administering mouth-to-mouth CPR until the boy stopped breathing.

Shemarion was airlifted to the hospital, where he was pronounced dead.

"Blood on the wall, him just laying there, taking his last breath, and it was just traumatic," the neighbor said. "I was nervous, I was in shock, but I was just trying to help, honestly, because I have a concealed weapon, I have kids, so I know the panic, the scaredness. I related to that moment. I just acted like he was my family member."

Police have not indicated who owns the gun. Charges are not expected to be filed.

Shemarion's mother, Tiffany Callaway, started a GoFundMe page for her son's funeral expenses. The fundraiser has raised nearly $17,000 as of Sunday morning.

"[Imagining] life without him is something we never thought we'd have to do as a family, and even worse, we have to lay him to rest," Callaway wrote. "We weren't prepared for this tragedy and are simply asking for a kind hand. Any donation small or big will allow us to give him the proper burial."