There was briefly another participant swooping into Wednesday night’s vice presidential debate.

For several minutes, a fly landed on Vice President Mike Pence’s hair, not moving as he answered questions about racial injustice and whether justice has been done in the death of Breonna Taylor.

Conversation about the fly shot up on Twitter’s trending list, where debate watchers discussed their distraction and inability to focus on Pence and California Sen. Kamala Harris’ answers. Some joked about the need to test the fly for the coronavirus, as it had skirted the plexiglass partitions separating the candidates and moderator. 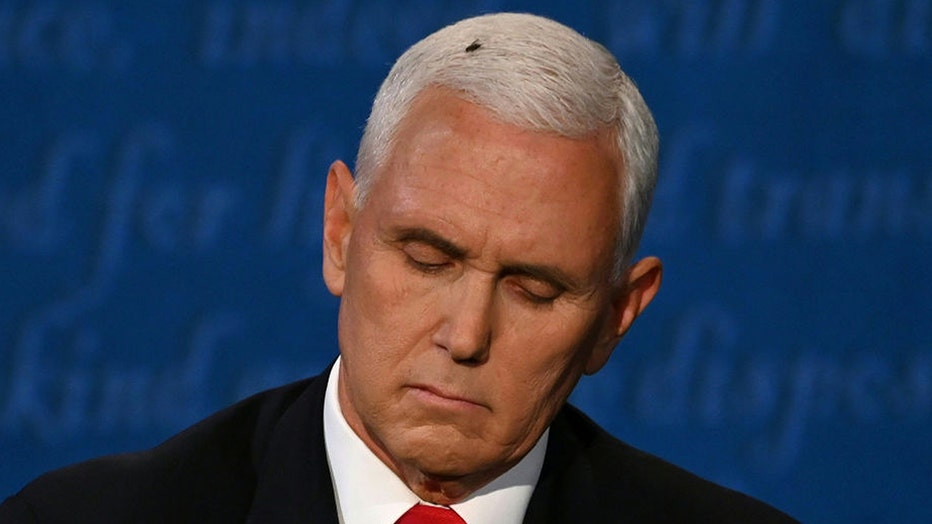 A fly rests on the head of US Vice President Mike Pence as he takes notes during the vice presidential debate.

Celebrities, social media users and politicians posted pictures and videos of the insect.

Democratic presidential nominee Joe Biden posted a photo of himself with a fly swatter writing “Pitch in $5 to help this campaign fly.”

Padma Lakshmi, host of Hulu’s “Brave Top Chef” posted a video on Twitter of the the moment the fly landed on the Vice President’s head.

“Just a full minute of a fly on Pence's head,” wrote Lakshmi.

Parody social media accounts were even created for the fly following the interaction.