Over the course of Frida’s career, the Labrador retriever was credited with finding at least 41 bodies and a dozen people alive. (Credit: SEMAR Mexico via Storyful)

Officials said the 13-year-old canine died due to illnesses typical of her age.

From Frida’s first days of birth, the puppy began her training to carry out functions within the ranks of the Mexican Navy.

Clad in goggles and neoprene booties, Frida became a symbol of hope following the earthquake that left more than 300 people dead in Mexico City and surrounding states. Her image exploded across the internet and her face graced murals in the capital. 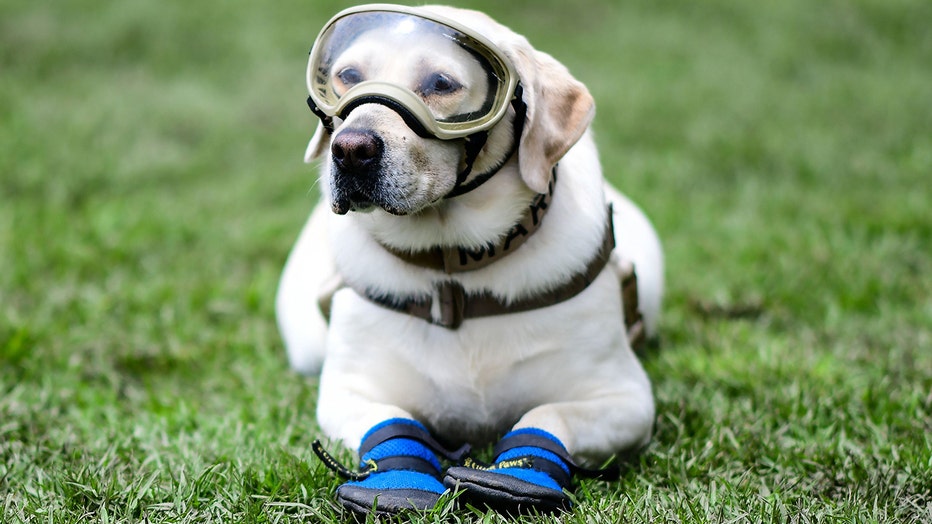 A rescue dog from the Mexican Navy, Frida, takes a break during a training session in Mexico City, on September 6, 2018. - Frida, a nine-year-old Labrador retriever who was a hero among rescue dogs in the September 2017 quake, is close to retirement.

While she apparently didn't find trapped survivors after that particular quake, over the course of her career she was credited with finding at least 41 bodies and a dozen people alive. She also worked on two international missions after earthquakes in Haiti and Ecuador.

Frida retired from rescue work in June 2019 at age 10, where she handed over her tactical equipment and received a toy as a symbol of her life. Officials said she led a quiet routine that allowed her to rest after her years working in the navy.

On Tuesday, the navy posted a video tribute via Twitter thanking Frida for her service and honoring her memory.

Admiral José Rafael Ojeda Durán, Secretary of the Navy, said in a press release that Frida has "given hope to thousands of Mexican families in the most pressing moments."