MESA, Ariz. - Imagine strolling through the bookstore looking to pick up something to read and stumbling upon the personal journals of a couple from the late 1800s.

That's exactly what happened to two friends in the nostalgia section of Half Price Books in Mesa. They found the journals and purchased them almost a month ago, and they've spent the last few weeks trying to learn as much as they can about the authors.

The friends are missing a few journals from the collection, so they're asking the public, if anyone purchased one of them, they'd like to see them and even buy them.

"We bought every single one of them. There are about 77 of them, and they’re just pocket-sized journals, all written from 1898-1963," said Cat Ziman.

She and Bella Rabago stumbled upon these books. They tell the stories of a couple – Eve and Lawrence. 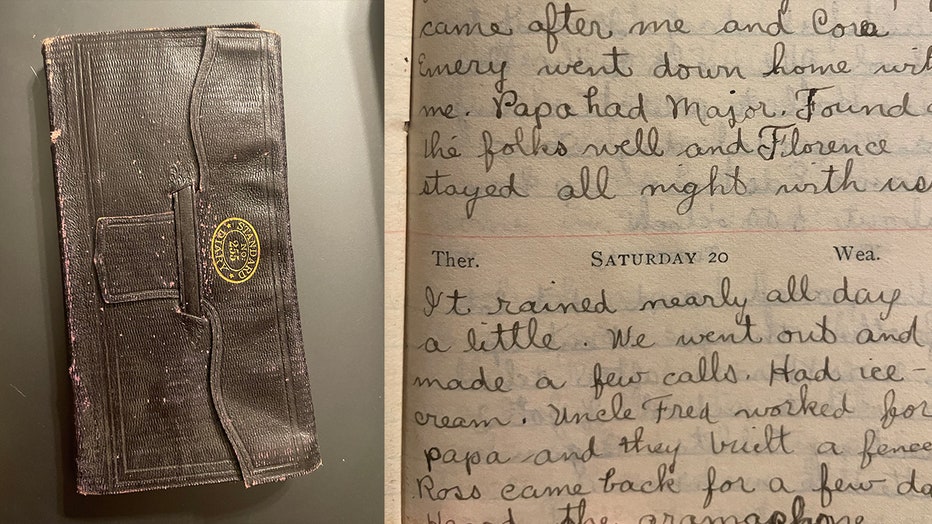 "It is this really tight script, so it's hard to read, but it is incredible. It's just kind of daily stuff about their daily lives. They do start to mention a little bit about a secret society they’re in," Ziman said.

The women have spent a great deal of time reading these pages, trying to figure out who Eve and Lawrence were and how the couple, seemingly from New England, ended up in Arizona.

"Seeing a different aspect of history, we just really wanted to figure out where exactly they came from and where these journals came from," Rabago said.

The collection is missing a few journals, so they’re on the hunt to find them, fill in the blanks of the couple’s life story, and figure out why of all places, they ended up in Mesa.

"How someone’s entire life basically ended up at a bookstore," Rabago said.

Each of the diaries were sold in small clear plastic bags and they were written in cursive and freehand English. They would have a day and year noted.