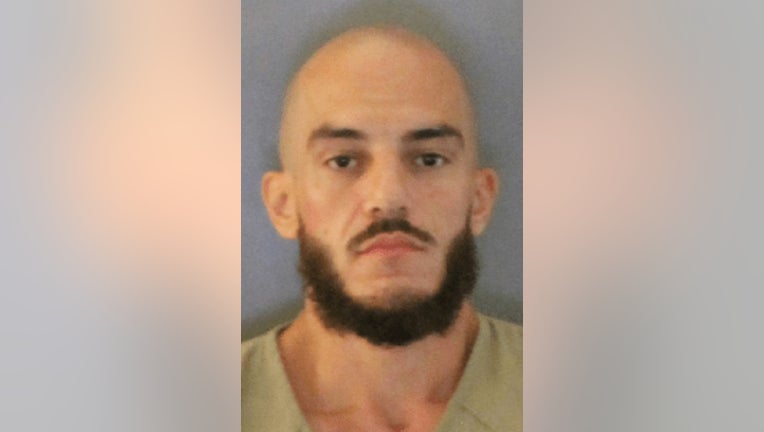 ATLANTA - A metro Atlanta man was arrested in Southwest Florida after deputies found a 15-year-old girl reported missing from Texas staying at his vacation rental home.

The Charlotte County Sheriff’s Office said the Dilley Police Department in Texas contacted their agency about a 15-year-old girl reported missing. Investigators said the girl told her parents she was going to "an all-inclusive church retreat in Florida." After not hearing from her for a few days, her parents called the police.

Investigators were able to track her phone to a vacation rental home located on Ohara Drive.

"Once on scene, deputies knocked on the door and observed a man run to the backroom, refusing to open the door or acknowledge the deputies’ presence," the sheriff’s office described.

Investigators were able to run the plates of the white Buick in the driveway of the home and were able to make contact with him.

"The owner was contacted and was able to contact the male and persuade him to come to the front door, along with the juvenile," the sheriff’s office wrote.

The sheriff’s office said Robusto was detained and the teen questioned.

"While speaking with the juvenile, members learned that she was attempting to open the door but was held back by Robusto and told to stay quiet," investigators said. "She also advised that she remembered getting off a plane in Fort Myers and then walking down a street where she was greeted by Robusto. The two returned to the Ohara residence where they had dinner and the juvenile was provided a vape pen with an unknown substance."

Detectives said the teen was not registered for the church camp and never attended their church. A friend of the teen told detectives she had been messaging an older man through social media.

Investigators also executed a search warrant on the vacation rental home. They said deputies found "eight rounds of ammunition which were located inside a magazine of a semi-automatic handgun."

The Florida Department of Children and Families is working with its counterpart agency in Texas to return the teen to her parents.

Robusto has previously served time in a Georgia prison for charges filed in Fulton and Gwinnett counties including theft, carrying a concealed weapon, aggravated assault, and aggravated battery, according to the Georgia Department of Corrections.