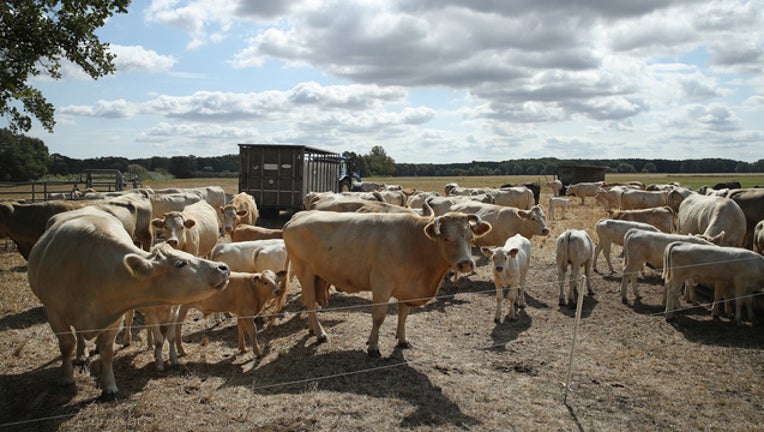 BERLIN (AP) -- Police in southern Germany say a slaughterhouse worker suffered serious injuries after being kicked in the face by a dead cow.

In a statement, police said the cow was "killed according to regulations" early Thursday at an abattoir in Aalen, and hung from a meat hook for further processing.

Police said the carcass then kicked the man in the face, apparently due to a nerve impulse that experts say isn't uncommon.

The 41-year-old worker was hospitalized.