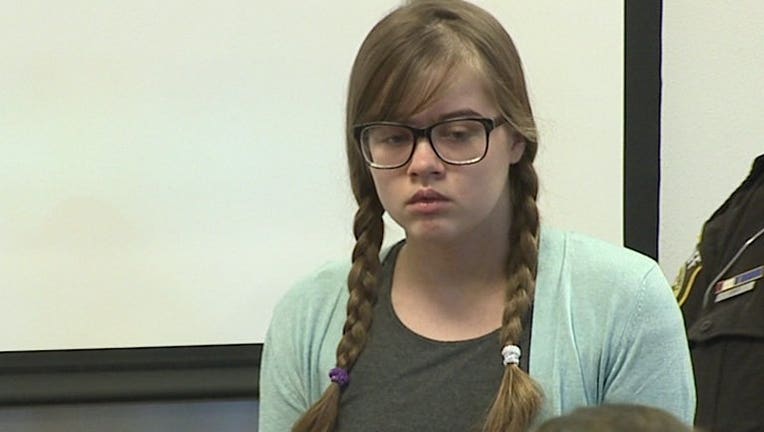 MADISON, Wis. - One of two girls convicted of stabbing a classmate to please the horror character Slender Man asked the Wisconsin Supreme Court on Friday to rule that the case should have been tried in juvenile court.

Geyser was ordered to spend 40 years in a mental health institution, and Weier was committed to one for 25 years.

Geyser's attorney, Matthew Pinx, argued in his petition to the Wisconsin Supreme Court on Friday that Geyser thought she had to kill Lautner or Slender Man would kill her or kill her family. She was acting in self-defense and should have been charged with attempted second-degree intentional homicide in juvenile court, Pinx argued.

He also maintained that Geyser gave statements to detectives before she was read her rights, and she couldn’t really understand what rights she gave up when she agreed to speak alone with a detective while she was in custody and confessed to the stabbing.

Last month, the 2nd District Court of Appeals rejected the argument that Geyser's case was overcharged and belonged in juvenile court.