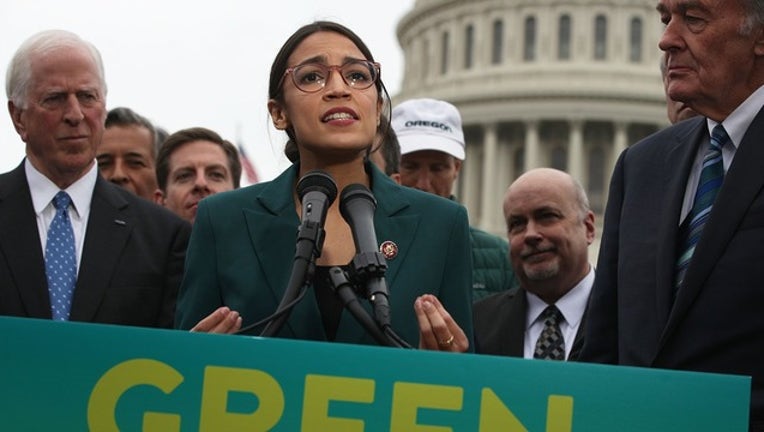 FOX NEWS - The sweeping "Green New Deal" proposed by Rep. Alexandria Ocasio-Cortez, D-N.Y., could cost as much as $93 trillion, or approximately $600,000 per household, according to a new study co-authored by the former director of the nonpartisan Congressional Budget Office.

The sobering and staggering cost estimate came as Democratic presidential hopeful Kamala Harris pointedly declined in an interview broadcast Sunday to put a price tag on the Green New Deal and "Medicare-for-all," saying "it's not about a cost," but rather return on investment. The Green New Deal's botched rollout included the release of an official document by Ocasio-Cortez's office that promised economic security even for those "unwilling to work," and called for the elimination of "farting cows" and air travel.

"The Green New Deal is clearly very expensive," the study concluded. "Its further expansion of the federal government’s role in some of the most basic decisions of daily life, however, would likely have a more lasting and damaging impact than its enormous price tag."