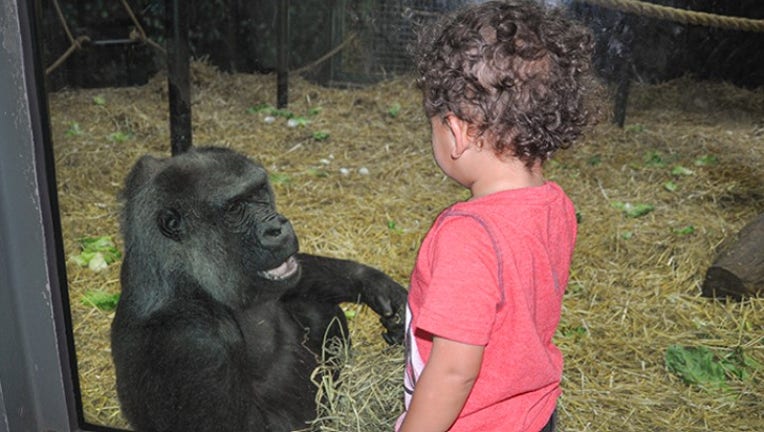 LOUISVILLE, Ky. - The Louisville Zoo announced that Helen, believed to be the world’s second-oldest gorilla, died at the age of 64 Friday.

Zookeepers said Helen’s quality of life declined with natural age for the past several months leading caregivers to make the difficult decision to euthanize her. She suffered from arthritis and some periodontal diseases but also recently developed instability and tremors, which put her at great risk of falling.

Helen was affectionately known as "Grand Dame" who impressed fans with her personality and longevity, according to the zoo.

RELATED: Eclipse the dog, famous for riding Seattle buses by herself, dies at age 10

"Letting go of a special gorilla like Helen is very hard, but it is often the last, best thing we can do for our animals," Louisville Zoo Director Dan Maloney said in a news release. "Helen’s exceptional longevity is not only a testament to her personal constitution, but also to the outstanding care provided by her keeper team and the animal health care staff over these past 20 years."

"Helen was one of our most beloved ambassadors," Maloney continued. "Her fascination with human babies delighted families for decades. I know our friends and members will share in her loss and miss her greatly."

Helen came to the Louisville Zoo in 2002 from Lincoln Park Zoo. She was born in the wild in West Africa around 1958. Her birthday was recognized in January.

The zoo said a typical median life expectancy for a female zoo gorilla is about 39 years. Fatou, a gorilla at the Zoo Berlin, is thought to be older at 65 years old.

A gorilla was recorded chasing after a stray dog that managed to enter its enclosure at the San Diego Zoo Safari Park in Escondido, California, on June 12. (Credit: Desteniey Pickett via Storyful)