CRANSTON, Rhode Island - A man whose wife is battling cancer has raised hundreds of dollars in donations for medical research by showcasing 1,000 hand-carved pumpkins outside his home in Rhode Island.

Tim Perry’s colorful display, which he calls the "House of 1,000 Pumpkins" features designs illuminated by LED lights. The pumpkins showcase everything from pop culture icons to horror movie characters, with music and film serving as his inspiration.

"I used to carve real ones 20 years ago. Then I discovered the craft ones about 15 years ago, and I’m like, ‘If I’m going to spend hours carving a pumpkin, these craft ones last forever,’" Perry told Fox News Digital. "So it escalated from there. I would do 10 a year, 20 a year, and then the past three years is when I went from 500 to 1,000 ... during the pandemic, I was inside and just carving away." 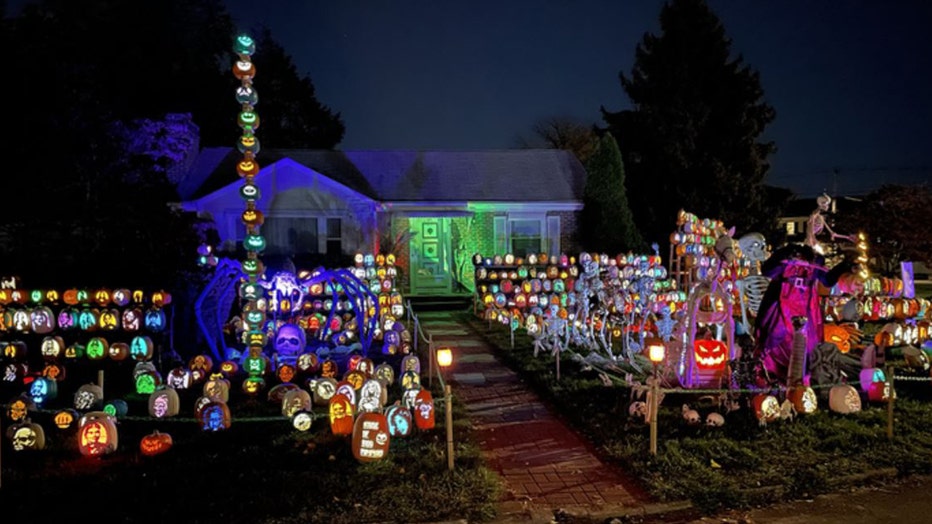 The display has raised $815 as of Tuesday morning for the American Cancer Society, as his wife Sue battles Cancer.

RELATED: What to do with your leftover Halloween candy (besides eating it)

"All types of cancer hit so many people when they least expect it," Perry wrote on social media. "This year for Halloween I would like to accept donations to the American Cancer Society." 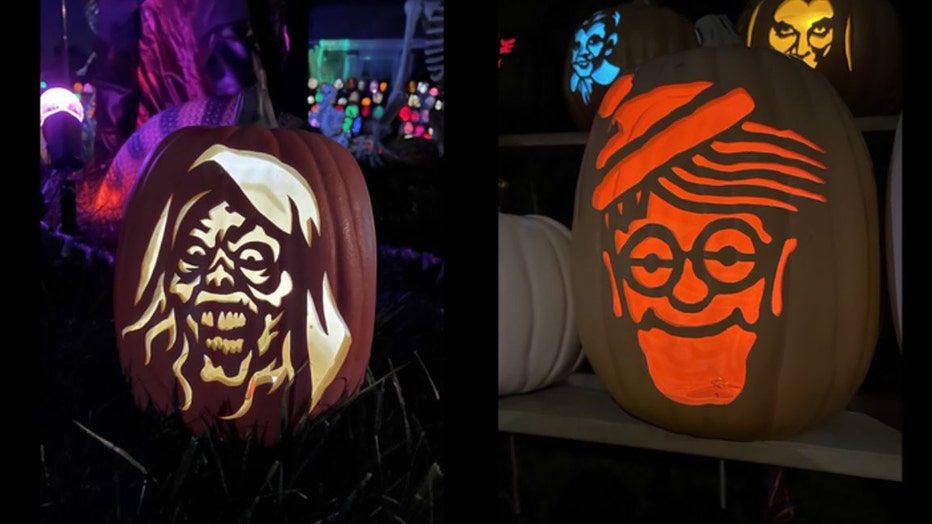 There are currently still five days to donate to Perry’s fundraiser.

RELATED: Don't throw away your Halloween pumpkins: How to properly dispose of them

"Last year we started doing that, we started raising for the American Cancer Society because Sue got diagnosed with cancer, so she has been battling that," Perry continued. "I feel like giving back to them because cancer – it's coming around to everybody, you know, so everybody is going to experience it at some point in their lives, whether it's them or their loved ones. Any research that can help find a cure for cancer, I know that’s farfetched, but we got to help somehow." 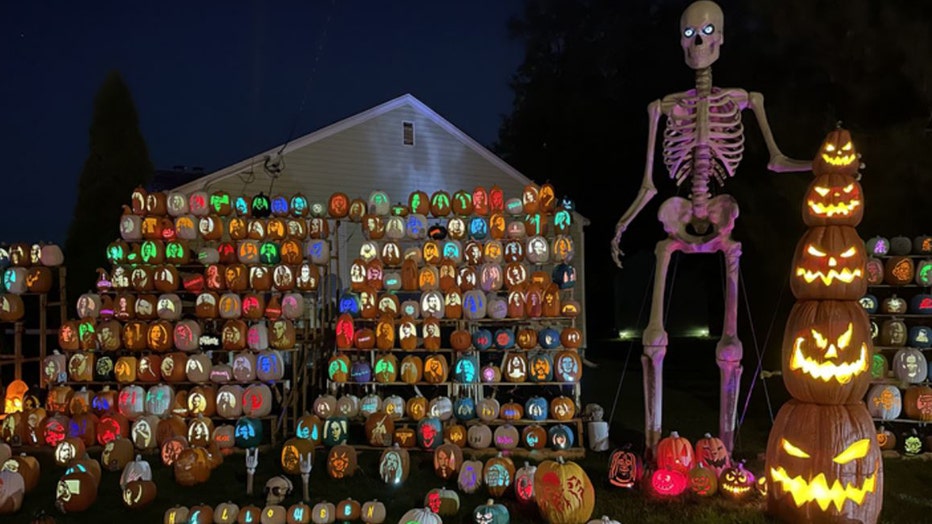 Perry says music and film serve as inspiration for many of his pumpkins' designs. (Greg Norman/Fox News Digital)

Greg Norman and FOX News Digital contributed to this story.