A mineral used as a drying agent in air purifiers and cat litter could soon be used to clean up one of humanity's nastiest messes – climate change.

Researchers at the Massachusetts Institute of Technology have created a mixture that they said could help fight global warming. The mixture includes a clay used in cat litter and a copper solution that snatches methane from the air and turns it into carbon dioxide.

CLIMATE CHANGE MIGHT BE KEEPING YOU FROM A GOOD NIGHT’S SLEEP, STUDY FINDS

"We're really excited about this catalyst that could potentially take methane in low-level environments where it's not flammable and convert it into CO2, which is a much less warming greenhouse gas," said Desiree Plata, Ph.D., an MIT professor and lead researcher for the project.

Zeolite, a clay aluminum silicate, is one of the most abundant materials on the Earth's surface, which is why it's used in cat litter.

"It's also dirt cheap because of that," Plata said.

Zeolite is a co-mineral in a lot of different extractive processes. According to Plata, all scientists have to do is add a small amount of copper, and it can start to convert methane into CO2. 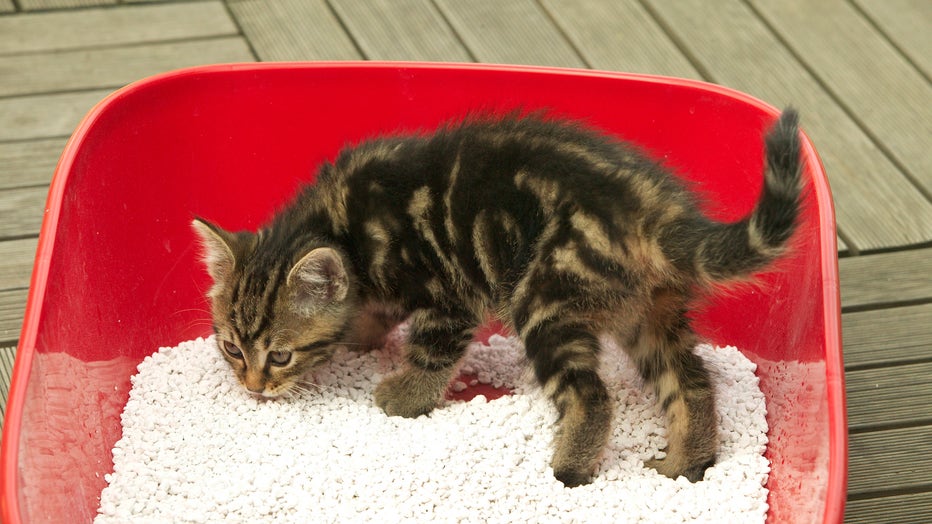 A mineral used as a drying agent in air purifiers and cat litter could soon be used to clean up one of humanity's nastiest messes – climate change. ((Photo by: Auscape/Universal Images Group via Getty Images))

WHY METHANE HAS TAKEN CENTER STAGE IN CLIMATE CHANGE PLANS

"We're really hoping to deploy it at places like coal mines and dairy barns where you have low levels of methane that you can't convert in other ways," Plata said. "If you can do that, the climate impacts could be very large, and it could happen within the next couple of decades."

Researchers said if methane emissions are reduced by about 40% by 2030, it would result in a half-degree Fahrenheit temperature savings by mid-century.

"That's really remarkable," Plata said. "That means that the rate of climate change that we experience will be different than the one that we would otherwise."

Dairy barns and industrial agriculture meat production produce around 110 million metric tons of methane every year, according to Plata.

"If we could deploy this technology successfully on those sources, it would be like taking all the passenger vehicles in the world off the road, times three, she said. "It's a really big impact for climate forcing."

What's next for the project?

Scientists are thinking about how they can structure the material in order to allow that high volume airflow, similar to that in a dairy barn or in a coal mine.

"Or potentially think about how you would blow that air through the material, allowing the particles to kind of float around," Plata said.

A good example of how most people have experienced a similar type of technology is a catalytic converter – a structured zeolite that is used to scrub pollution from a car's exhaust.

"It's the same basic idea where you've got a lot of airflow coming through that's got to do that quick-reaction chemistry for the positive impact to the air quality," Plata said.

Plata said that while this technology can help fight part of climate change, other long-term mitigation strategies will also be required.

"This is an important step in the toolbox of climate restoration, but it’s not a get-out-of-jail free card. We also need to invest in atmospheric restoration of CO2 levels for long-term climate benefit," she said.