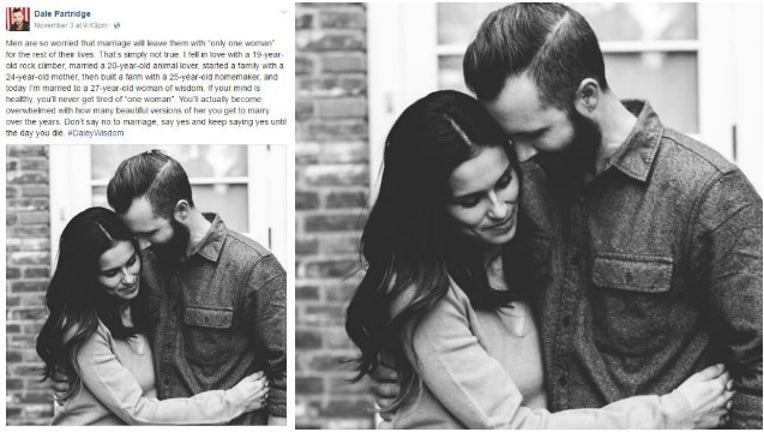 On November 3, author and entrepreneur Dale Partridge took to social media to profess his everlasting love for his wife. He started off by saying men often worry marriage will leave them with "only one woman" for the rest of their lives, but said that's simply not true.

"I fell in love with a 19-year-old rock climber, married a 20-year-old animal lover, started a family with a 24-year-old mother, then built a farm with a 25-year-old homemaker, and today I’m married to a 27-year-old woman of wisdom," Partridge said.

According to the "People over Profit" author, if your mind is healthy then you will never get tired of being married to one woman.

"You'll actually become overwhelmed with how many beautiful versions of her you get to marry over the years," Partridge said. "Don't say no to marriage, say yes and keep saying yes until the day you die."