A Jarrell man was rescued twice by Williamson County deputies after a call for help. Deputies and a company from Taylor made sure the man will no longer feel the heat.

JARRELL, Texas - Williamson County deputies and a company from Taylor made sure a man that was saved Sunday will no longer feel the heat.

The homecoming for Trino Vasquez involved an escort by Williamson County deputies. Vasquez returned to his home in Jarrell Tuesday after spending the last few days recovering from heat exhaustion.

Vasquez was rescued from his home Sunday afternoon. He lives alone and called for help after his air-conditioning system shut down.

"Had he not called us, there is no telling how long it would have been before we got out here and actually got to check on him," said Deputy Charles Duvall

One of the first responders to arrive and go in was Sgt. Brien Casey.

"I was warm, it hits you right away, it was warm outside and it was about the same inside, except there was no breeze inside," said Casey.

As Vasquez recovered in the hospital, members of the Williamson County Deputy’s Association returned with a window ac unit and a fan. 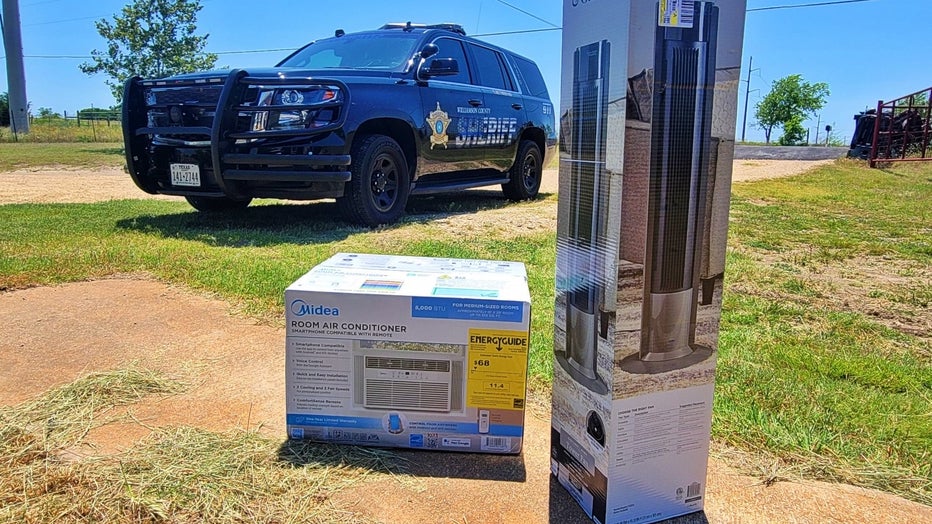 Vasquez returned to his home in Jarrell Tuesday after spending the last few days recovering from heat exhaustion.

"We started reaching out to resources, we knew it needed to be taken care of right away, if he was treated at the hospital and released that same day we needed to make sure he wa safe for him to come back home," said Casey.

Vasquez was surprised and humbled by the help.

A FOX 7 news report about the rescue caught the attention of a Taylor air conditioning company.

"We called up the news station and asked what we could do to help get some air conditioning for him," said project estimator Paul Somers.

An assessment of the main unit was made by Mark Scarborough who is the owner of Texas Comfort Air. He offered more than a quick fix.

"We were planning on just donating the unit, so do want to just change this unit out," said Scarborough.

Somers said it’s not the first time the company has answered a need.

"It's good to give back, and we want to make sure something like this, the guy can't afford to do it himself, so we are well off and we can put something in here for him, for sure," said Somers.

It was the second big surprise of the day for Vasquez.

"You don't get help like that every day, and I don't even know them," said Vasquez.

The case of heat exhaustion that happened to Trino Vasquez, unfortunately, is not uncommon. It is a problem in rural and urban areas during the summer. It’s why the story has a broader message.

"Make sure you are checking up on your elderly loved ones, make sure they have heat and water, food especially as we get into these summer months when it's going to get so hot," said Duvall.

The reaction to this case of need is also a lesson to take note of.

"We are here to take care of the community, so these are important calls these are nice calls where we get to make a difference. And we get to help somebody who definitely need it," said Casey.

For Vasquez, it’s a situation certainly made better. Once overcome by heat now overcome by kindness.