Texas: The Issue Is - Congresswoman-elect Jasmine Crockett talks about what to expect from her first term

DALLAS - This January Congresswoman-elect Jasmine Crockett from Dallas will be sworn in to represent District 30, taking over the seat held by Congresswoman Eddie Bernice Johnson for the last 30 years.

Crockett, who has served in the Texas House of Representatives since 2020, saw her profile grow nationally when state legislators broke quorum in an attempt to block GOP-backed voting restrictions.

Crockett spoke with FOX 4's Steven Dial about her hopes for her first term as a U.S. Congresswoman and the prospect of reaching across the aisle. 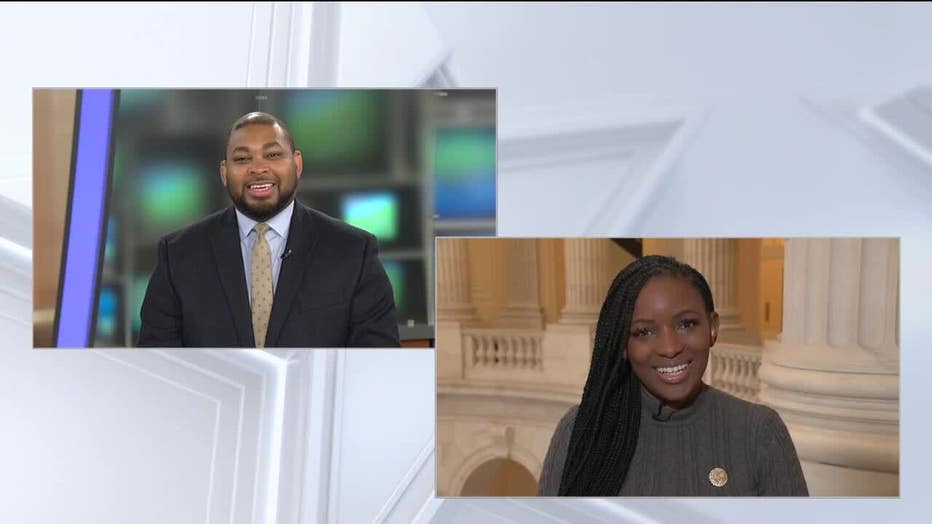 Jasmine Crockett: We are the minority, but not by much, and as you and your colleagues have seen right now the Republicans still can't coalesce around a Speaker, which that only works to our benefit. Our party is stronger than ever. You asked me about whether or not the vote was something that freshman could actually participate in, and I told you we did it by affirmation. We are united as Democrats, but the Republicans, they are falling apart. So I think that presents an opportunity, not just for us, but for all Americans. 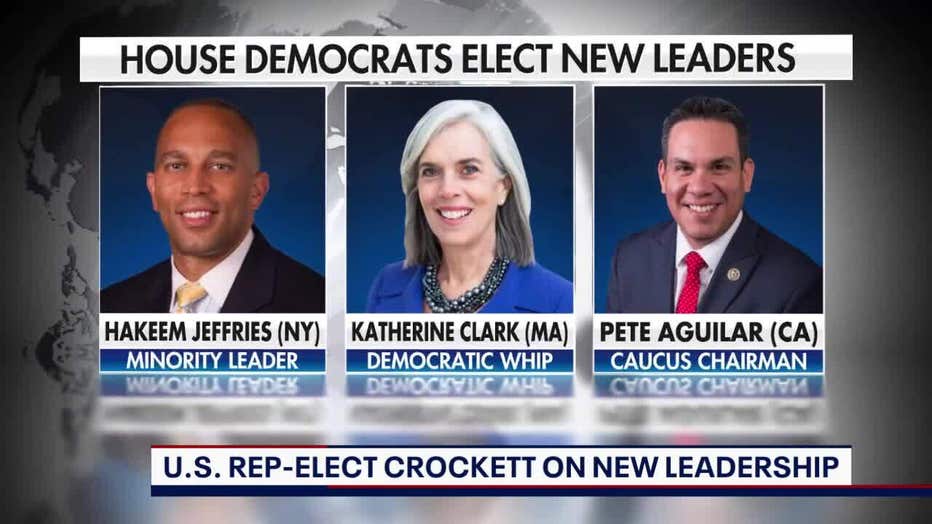 Dial: Nancy Pelosi and Stenny Hoyer and Jim Clyburn, I used to interview him in my first market in Columbia, South Carolina a lot, it's a generational shift. These people have been the face of the Democratic Party in the House and in Congress since I was in high school. What will this mean? Is this more just ceremonial, Hakeem Jefferies and others coming into a leadership role, or will there actually be a shift and change in culture in the Democratic Party in your opinion?

Crockett: Absolutely there will be a shift. Number one: Representation matters. Right now we have the first African American ever to be sworn in to the highest post for the Democrats in the United States House. That by itself represents a shift, but, you know, coming in and being the successor to Eddie Bernice Johnson, who has been in the house for 30 years, it is just amazing to see not only has there been a shift specifically in Dallas, but there has been a shift in the entire House and I think just the changes in who we are generationally. The difference is there. It is going to absolutely present something different.

Dial: After you guys are sworn in in January and the coronation and all the flowers ends you guys are going to be the minority. Things are still divided in DC. How do you guys work together to get anything done in the next 2 years, both sides are polar opposites.

Crockett: I think that we will be able to do some things, as it relates to the economy for sure. That's one thing that Republicans continuously say they are strong on. Let's see how strong you are going to be, because we definitely still have some hurdles that we need to get over for all of the American people. We are still hurting, and so we'll see if they really want to work or if it is just lip-service. At the end of the day they recognize that they don't have the White House and they don't have the Senate, so if they want to get something done then they are going to be required to come to the table.

Dial: You were kind of a thorn in the side of some Republicans at the state legislature in Austin with the walkout over voter rights and other things. One of your colleagues from North Texas tweeted thank god or something to that notion. How will you work with the state to try to push things on a local level.

Crockett: I've got great relationships on the city level, as well as the county level, as well as the state level locally. Unfortunately we see that the Republicans in Texas are out of touch with the majority of Texans, and they basically have cheated in redistricting as well as in making sure that they minimize everyone's vote when it came to the ballot box. They can pretend that the people are with them because they continue to win, but we know the truth and they were upset because I was a truth-teller and I won't stop telling the truth, that's for sure, because that's exactly how I ended up in DC.

Dial: You said Republicans are out of touch in Texas, but they continue to win. So what is the Democrat Party in Texas doing wrong?

Texas: The Issue Is - Why Democrats keep losing races in Texas

FOX's Steven Dial, Greg Groogan and Rudy Koski discuss comments made by Congresswoman-elect Jasmine Crockett about why Republicans continue to sweep statewide races and what changes in House leadership will mean for the Democratic Party.

Crockett: Number one: We are completely underwater when it comes to funding. Most people think you can just get out and knock doors, and you can, I don't want anybody to misrepresent anything that I'm about to say, but in a state that is 30 million people, you can't just knock doors. You need money. Until we start to find some parity, until we get to the point we can convince others to invest in Texas it is just too many people to get to.

You can watch the interview with Congresswoman-elect Crockett on Sunday night at 9:45 p.m. on Texas: The Issue Is.