Efforts to raise awareness of his disappearance continue thanks to the work of volunteers across Central Texas.

In November 2021, two banners were put up in Luling. However, the city only allowed them to be there for six months.

The family of Jason Landry is reacting after a man found unconscious in the Bronx has been confirmed to not be the missing Texas State student.

"So I thought, what about some handbags?" said San Marcos resident Catherine Shellman, who helped get the banners erected. "Why don't we up-cycle Jason's banners into something that people can be a part of?"

Members of the VFW Buda Post #12161 volunteered to turn the banners into 50 bags.

"You know that old saying, 'It takes a village to raise a child,' well it's taking an entire community to bring one home," said Shellman. 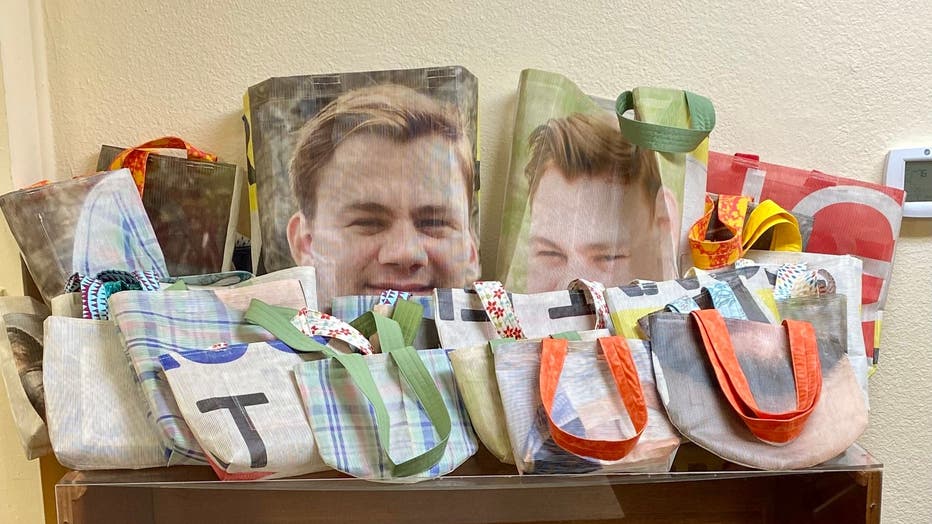 Each bag is made with a different piece of one of the banners. Inside each bag is a missing flier, a tag with the attorney general’s number and a letter from Jason’s mom, Lisa.

They are asking for a donation ranging from $25 to $40 for each bag. Money raised will go toward continued efforts to find Jason.

Shellman said she is organizing another search in the Luling area later this month. She also said a San Marcos coffee shop has volunteered some fence space to put up a new banner in the coming weeks.

For those interested in purchasing a bag, email catherineshellman@gmail.com