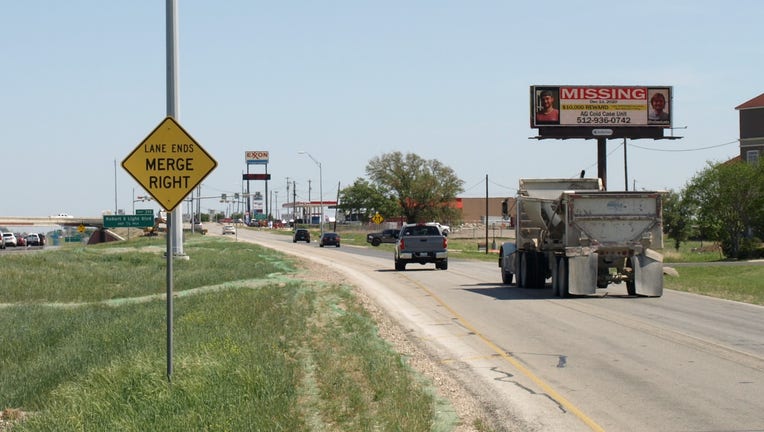 Drivers on I-35 in Kyle just south of Country Road 130 now will see a static billboard with case information on the Texas State student who went missing in December 2020.

Drivers on I-35 in Kyle just south of Country Road 130 now will see a static billboard with case information on the Texas State student who went missing in December 2020.

Jason's family says that a volunteer with Bring Them Home Texas, a group dedicated to recovering missing persons and working to change state policies concerning missing Texans, contacted them about more billboard opportunities for Jason. 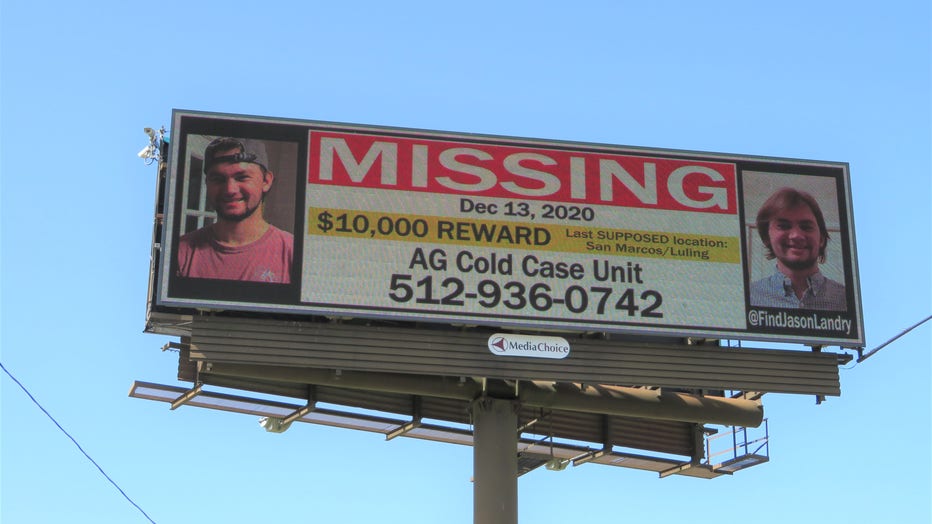 A digital billboard displaying photos and case information for missing Texas State student Jason Landry has gone up in Jarrell.

The family says that partnering with the group has given them an opportunity to receive donations of both static and digital billboards in communities like Kyle, Jarrell, Converse, and Pharr (McAllen).

This latest push comes after a billboard was put up along Highway 183 just north of downtown Luling, which will continue to stand tall for at least three months.

The clothing Jason Landry had been wearing, his shoes, even his underwear, were scattered throughout the street.

The timeline provided by CCSO is as follows:

CCSO says that as Landry went through the intersection at Hackberry Street where Hwy 80 becomes Austin Street, he stopped using the Waze app and began using Snapchat.

A volunteer firefighter found Jason Landry’s car crashed and abandoned on the 2300 block around 12:30 a.m. on December 14, says CCSO. The vehicle's lights were still on.  A highway patrol trooper had Jason’s car towed. He took his backpack, which contained a few joints, and left.

Hours later, Jason Landry's father Kent Landry found his way to Salt Flat Road. He expected to see flashing police lights and his son. Instead, the road was dark and empty. "I saw deer, three different sets of deer ran by. Coyotes ran by and I didn’t see another car, another person."

The clothing Jason Landry had been wearing, his shoes, even his underwear, were scattered throughout the street. "I found [my son’s] fish. I found where the accident was, and I’m the only one who took pictures or video of that." he said.

Kent Landry was able to locate his son’s vehicle at an impound lot. His cellphone was still in the car. No one was searching for him. Kent Landry added, "[the accident scene is] the middle of nowhere. In that hour window, it may very well be possible that there’s not another person in that box except Jason and whoever did whatever they did. Whoever else is involved in this case."

Friends and family gathered for a vigil for Jason Landry who disappeared more than a year ago while driving from San Marcos to his parents home for Christmas break.