Cowboys owner Jerry Jones hopes a judge will make a paternity lawsuit go away. His lawyers say the woman claiming to be his daughter tried to extort him.

DALLAS - Cowboys owner Jerry Jones wants a lawsuit against him tossed out. It was filed by a young woman who says he is her father.

The 25-year-old woman claiming to be the biological daughter of the Dallas Cowboys owner file the lawsuit earlier this month.

Alexandra Davis alleges Jones paid her and her mother to keep paternity confidential.

Davis believes she does not legally need to keep that information quiet. She is asking the court to determine she is not bound by that 1998 agreement.

At the time, Jones denied he was her father. 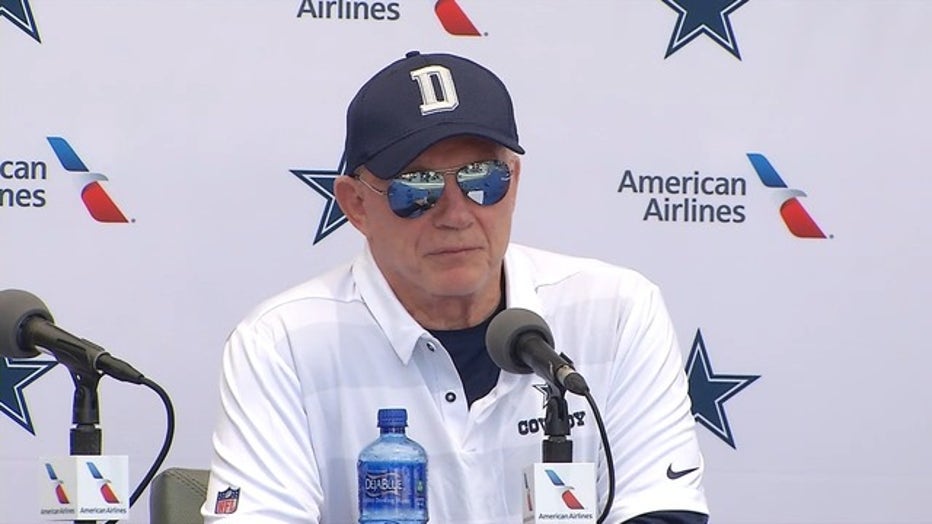 In a court filing Monday, attorneys for Jones said Davis made several attempts to extort money from the Cowboys owner.

They claim she offered a negotiating deal before the suit was filed in exchange for her silence.

Davis first appeared on TV with her mother in 2012 for a show called "Big Rich Texas." The reality series followed wealthy mothers in North Texas and their daughters.

At an NFL meeting Monday, Jones refused to comment, calling it a personal issue.

The next court hearing on the case is set for Thursday.