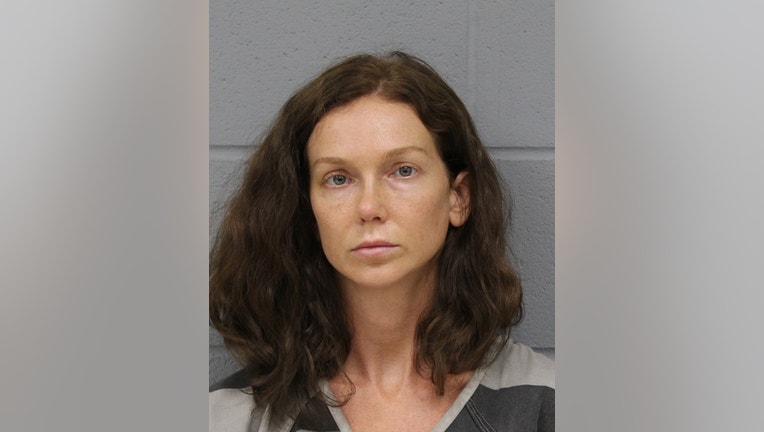 AUSTIN, Texas - A federal judge has dismissed a charge against Texas murder suspect Kaitlin Armstrong, who is being held in Travis County in connection with the shooting death of pro cyclist Anna Moriah "Mo" Wilson.

But it's just a formality, and she could face the charge again in the future if prosecutors deem it necessary.

In addition to the state charge of first-degree murder, U.S. Marshals had obtained a warrant for her arrest on a charge of unlawful flight to avoid prosecution after she fled Texas in May, traveling to New York, New Jersey and then Costa Rica, where police arrested her at a Pacific Ocean beach on June 29.

The move is routine in such cases, according to the Los Angeles trial attorney Neama Rahmani, a former federal prosecutor.

"This is a routine dismissal because the feds want the state prosecution for murder to happen first," he told Fox News Digital Monday. "The U.S. Attorney’s Office can’t bring Armstrong to trial within the time required under the Speedy Trial Act because she is in state custody."

The motion to dismiss was granted "without prejudice," meaning prosecutors can re-file the charge again in the future if they think it’s necessary, he added.

She also faces an outstanding charge of theft of services in Texas for allegedly walking out on her bill at a Botox clinic in 2018, and in the U.S. District Court in New Jersey, she faces another federal charge of misusing a passport for allegedly fleeing the country under someone else’s name.

Armstrong’s lead defense attorney has said he is not commenting on the case and requested privacy for her family.

As Armstrong awaits her next court date on the state charges, Austin police confirmed to Fox News Digital that they served a new search warrant last week as they continue to gather evidence.

On the night of Wilson’s slaying, the victim had gone out to dinner with Armstrong’s boyfriend Colin Strickland, a fellow pro cyclist, according to Austin police. The two had a brief prior romantic relationship during a period when Strickland and Armstrong were split up.

Moment's after Strickland dropped Wilson off at her friend's apartment, Armstrong's Jeep SUV showed up on a neighbor's surveillance video, police alleged in an affidavit. They also recovered a handgun from the couple's home that ballistic analysis linked to shell casings found at the scene of the crime, according to the U.S. Marshals.

Days later, she flew to New York City, then made her way to upstate New York, where her sister was living and working at a secluded campground.

On May 18, according to investigators, she flew from New Jersey to Costa Rica, allegedly using someone else's passport. From there, she took a bus from the capital to Santa Teresa Beach, a surf town on the Pacific Ocean where law enforcement eventually caught up with her, according to Deputy Marshal Brandon Filla.

She had altered her appearance – dying her hair and cutting it short, Filla said. Photographs show she may have gotten plastic surgery on her face as well, although investigators have stopped short of confirming the authenticity of a receipt allegedly found with her belongings. The clinic named on the document has told Fox News Digital it does not have information on her.