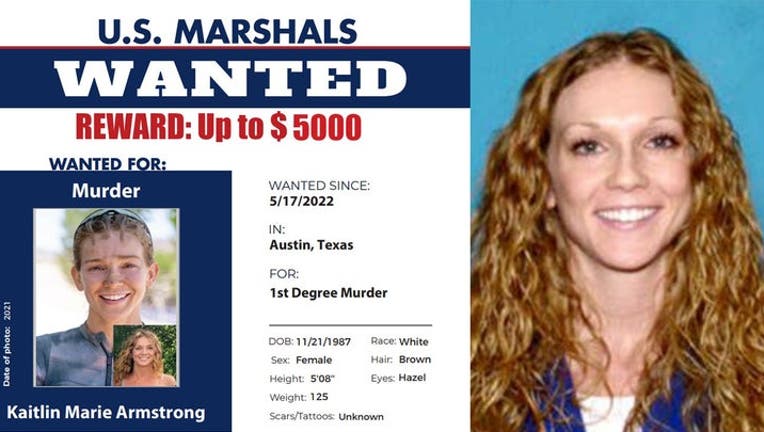 AUSTIN, Texas - The Texas woman wanted in a love triangle shooting that left a pro cyclist dead in Austin last month could be hiding in plain sight, according to former fugitive who spent two years avoiding capture in the 1990s.

Kaitlin Armstrong, 34, is accused of stalking and gunning down Moriah "Mo" Wilson, a 25-year-old pro cyclist who went to dinner with her alleged killer’s boyfriend, fellow biking professional Colin Strickland, 35, the evening of her death.

Wilson was staying at a friend’s home in Austin for UNBOUND, a gravel bike competition in nearby Hico. After Strickland dropped her off there, Armstrong’s SUV showed up on a neighbor’s surveillance video. Police later found Wilson with multiple gunshot wounds inside. According to the murder warrant, Armstrong had months earlier been infuriated to learn about a romantic relationship between Strickland and Wilson.

"If I was gonna be a fugitive, New York or L.A., that would be two places," he told Fox News Digital Friday. "If I had money and a little bit of connections, that’s where I would hide out, either that or up in the mountains."

When Ferranti went into hiding, he said, he fled from Virginia to Los Angeles and blended in with the city’s underground, he said.

The first thing a fugitive needs is cash, he said, and investigators believe Armstrong may have plenty on hand from her former career flipping houses. Ferranti also warned she may get handouts from unwitting accomplices.

"Another thing, with a pretty young woman…guys are going to pay for her just to curry her favor," Ferranti said. "That she’s a fugitive, people might miss. Guys court women."

Kaitlin Armstrong, the Austin-area cyclist accused of shooting and killing of Moriah Wilson, may be in New York.

Armstrong was last seen at Newark Liberty International Airport on May 18, according to the U.S. Marshals. That’s about 2 and a half hours south of the campground where she may have met her sister. She had flown from Texas into the nearby LaGuardia International Airport four days earlier.

On May 17, the sister may have applied for a New York state driver’s license, according to Jason Jensen, a private investigator who has been following the case. The address she used leads to a campground in Livingston Manor, New York, where a camper told Fox News Digital he spotted Kaitlin Armstrong "before the whole thing blew up" a month ago.

"Coincidence?" he said. "I believe this means that Kaitlin is on the run using her sister’s identity."

The sister has not responded to Fox News Digital's attempts to reach her for comment. 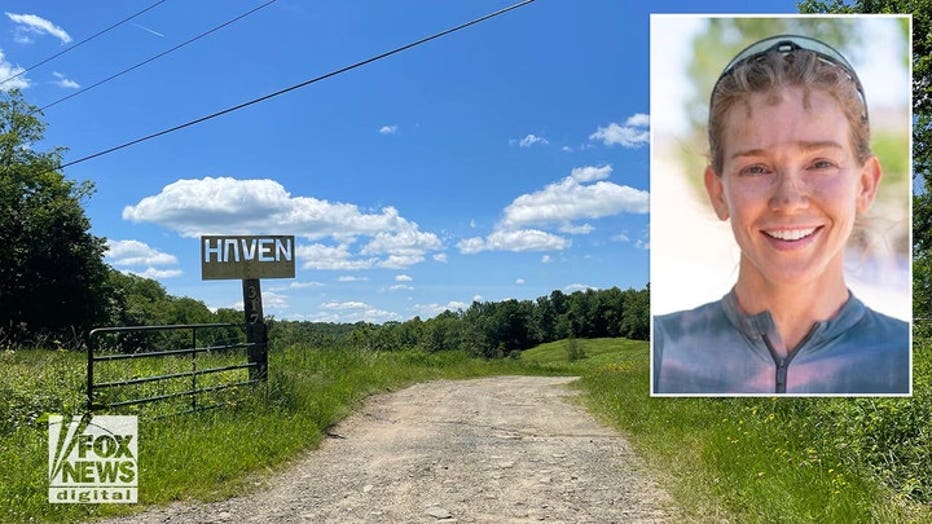 Armstrong’s trail goes cold in Newark, and investigators said they had nothing new to report regarding the manhunt Friday – one month after a judge authorized the murder warrant.

Ferranti, whose latest project is "Night Life," which explores the St. Louis underground, said he believes that trip to Newark could have been "subterfuge."

"She knows there’s lots of cameras, and she was just there a couple days before," he said. "So she could have went there as a misdirection and went right back to New York City."

Armstrong is described as standing 5 feet, 8 inches tall and weighing 125 pounds with light brown, curly hair and hazel eyes. She is a yoga instructor and former athlete with experience in traveling across the U.S. and abroad.

Hundreds of thousands of Caucasian women in their mid-30s could match that description in the Big Apple, Ferranti said. Especially when many of them still wear coronavirus masks in public.

"She easily be hiding out in New York City and staying undercover, inside apartments," he told Fox News Digital Friday. "Even if she's going out, it's hustle and bustle. It's a big city -- really New York City is a perfect place to hide."

To continue to avoid capture, she’ll need self-discipline, help from her contacts and a fake ID – which she may have already obtained either from her sister or in New York, he said.

"I don’t know the circumstances of her crime or if she’s guilty at this point," he said. "But one day you’re gonna have to face the music."

When he got caught, he said, it felt freeing in a sense, even though it mean he’d be sent to prison.

"It was a great relief," he said. "Yea I had to do all that time, but I could be myself. I got to talk to my parents."