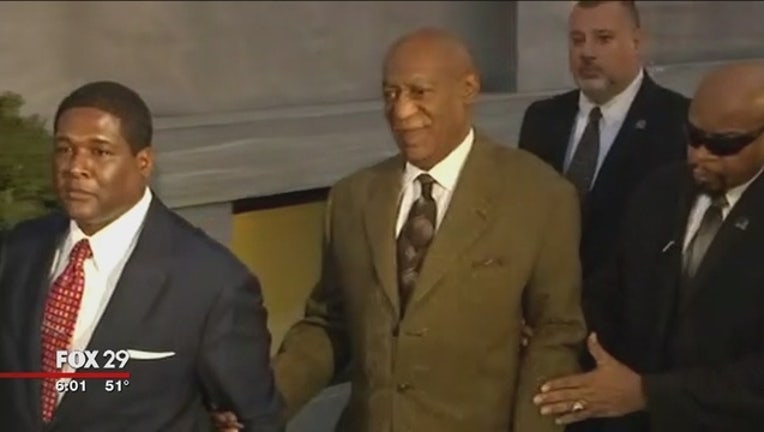 PHILADELPHIA (AP) — Bill Cosby's lawyers say the accuser in his criminal case had to tell him she was going to talk to police under terms of their confidential civil settlement.

Cosby asked a federal judge in Philadelphia on Friday to void the 2005 settlement and order Andrea Constand to refund his money.

The amount has never been disclosed.

Cosby is suing Constand for violating the settlement by cooperating with police who reopened the investigation last year. Cosby was ultimately charged with drugging and molesting her.

Constand's lawyer, Dolores Troiani, says the settlement allows them to withhold notice to Cosby when authorities request it. She says they did.

The judge didn't immediately rule on whether Cosby's breach-of-contract suit could go forward.