This week, Abbott took power away from local officials when it comes to making masks mandatory in government-owned buildings.

The governor tweeted that again on Friday, reminding local governments his new order this week bans them from requiring masks. Starting Friday, they could be fined for violating it.

There has been a flurry of policy changes this week.

The latest comes from the Dallas Mavericks who say they will allow near 100% capacity at their home playoff games. But they can — and are choosing to — require masks. 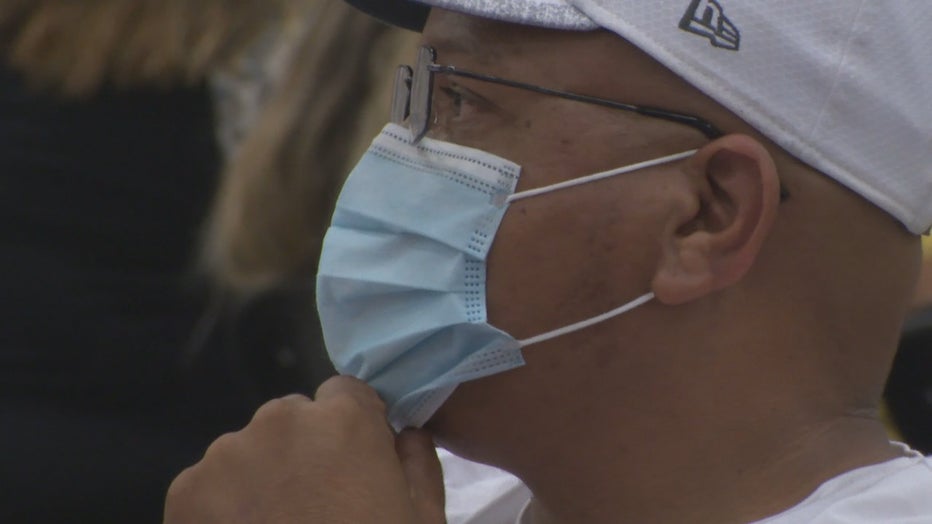 The Mavs announced more than 15,000 fans will be allowed to attend their home playoff games with the Los Angeles Clippers. The first one is next Friday.

Despite the CDC saying fully vaccinated people no longer have to wear masks, the Mavs are making them mandatory for all fans when they are not eating or drinking.

On a different court not far from the AAC, 160 AAU teams and their families are in Dallas this weekend for the Lone Star Invitational.

This week, Abbott took power away from local officials when it comes to making masks mandatory in government-owned buildings.

The Kay Bailey Hutchison Convention Center is owned by the city of Dallas. They will not be able to mandate masks inside.

When it comes to where you shop, major retailers like Walmart, Kroger, Target and Home Depot are on that honor system.

If you are vaccinated, you don’t have to wear a mask. But if you aren’t, it’s supposed to be mandatory.

Outside of the AAC next week, there will be a vaccination site set up for anyone who walks up.