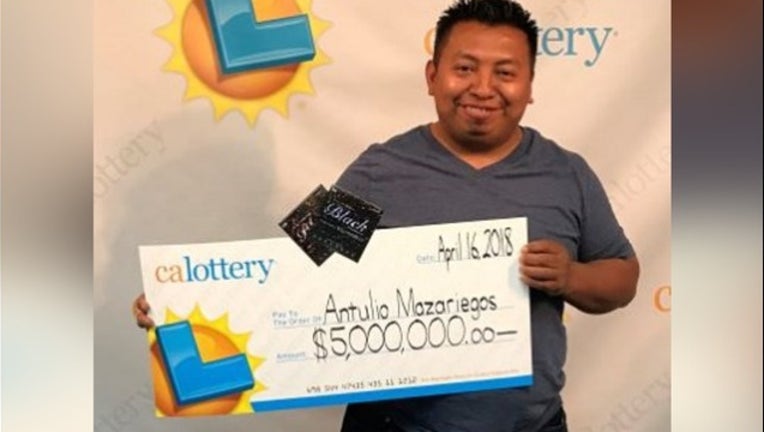 Antulio Mazariegos is one lucky guy. The Southern California man has won the lottery multiple times in the past six months- two times winning more than $1 million!

And if that's not enough, the lucky man won $1 million back in November on another California Lottery Scratchers.

Mazariegos says he has no idea why he’s been so lucky. but adds that he just likes to play. With his latest win, he said there were only three California Black Premium Scratchers left at the store, so he bought all three.

The lucky ticket was purchased at Liquor Bank in Van Nuys.