AUSTIN, Texas - Matthew Dowd, the chief strategist for George W. Bush’s presidential reelection campaign who later split with the former president publicly, is running for lieutenant governor as a Democrat.

Dowd also has worked for Bob Bullock, who in 1994 was the last Democrat elected as Texas lieutenant governor, and faces an uphill battle to unseat Republican Dan Patrick, the state’s second-highest-ranking official who has steered Texas politics into the far-right fringes of the GOP.

In a two-and-a-half minute campaign announcement video, Dowd said GOP politicians have failed the state, zeroing in on Patrick, who he called "cruel and craven" and denounced as a divisive figure who puts his political ambitions over the needs of everyday Texans.

"Enough is enough. We need more officials who tell the truth, who believe in public services, in common sense with common decency for the common good. ... We need to expect more from our politicians," Dowd says in the ad. "Dan Patrick believes in none of those and that is why I am running for the powerful office of lieutenant governor of this great state."

In an interview with The Texas Tribune, Dowd said he started seriously considering running for office after the Jan. 6 attack on the U.S. Capitol by supporters of President Donald Trump who were trying to stop the certification of last year’s presidential election. But it wasn’t until after the state’s legislative session that Dowd really focused on Patrick as his target.

"Watching the legislative session and how horrendous it was — not only what the lieutenant governor didn’t do, but also what he did do," Dowd said. "This summer, I started thinking maybe I should run and remove this guy so I don’t have to be embarrassed about our own state."

Dowd said Patrick failed to lead on fixing the electric grid after millions of Texans lost power for days during winter storms in February and has refused to take action to address the cost of health care in the state, even as he made it more difficult for local officials to address COVID-19 by going against the recommendations of doctors and scientists.

Instead, Dowd said, Patrick pushed "culture war" issues such as an elections bill that opponents say will disenfranchise voters of color and a near-total abortion ban in the state. And following mass shootings in El Paso and Odessa in 2019, Patrick responded by pushing for a law that allows Texans to carry a handgun without training or a license.

Dowd would roll back all three of those laws, which he said were pushed by Patrick and the "5 percent" of people on the far right of the GOP who swing primary elections.

"Right now, Dan Patrick is a tyranny of the minority," he said.

Dowd said he’s running as a "Bob Bullock, Ann Richards Democrat," a throwback to the last two Democrats elected as lieutenant governor and governor of the state in the 1990s. If elected, he’d focus on fixing problems with the state’s electric grid and returning decision-making to local officials so they can tackle challenges like the COVID-19 pandemic. Under Gov. Greg Abbott’s executive order, local officials are banned from mask and vaccine mandates, among other measures intended to stop the spread of the virus.

Patrick pressured officials at the Public Utilities Commission to reverse $16 billion in electricity charges racked up during the winter storms. He pushed through legislation in the Senate toward that end, but the proposal died in the House.

Dowd also said he’d allow educators to teach history in schools without fear of repercussions, a dig at another law, the so-called "critical race theory" bills that Patrick supported during this year’s legislative sessions.

But several of the issues Dowd highlights in his campaign ad, like the elections bill and restricting the actions local officials can take, were pushed by Abbott. So why not run against him?

"Whoever’s running for governor can make that argument to what Abbott’s done," Dowd said, adding that Patrick has pushed Abbott’s actions to the right, making him "unreasonable."

"If he disagreed with those things he could have done something about it," he said. "Dan Patrick has enabled this, facilitated it and made it worse."

Dowd said he hopes a Democrat wins the governor’s seat and that he would "love to work with Beto" O’Rourke, the former El Paso congressman who has not declared his candidacy.

"But if it’s Greg Abbott, I’m gonna do everything I can to stop his continuous attack on Texans," he said.

Dowd worked for former U.S. Rep. J.J. "Jake" Pickle and U.S. Senator Lloyd Bentsen, both Democrats, before joining Bullock’s staff. In 1999, he switched parties and helped run Bush’s reelection campaign for president in 2004, drawn by Bush’s bipartisan approach to politics during his tenure as Texas governor when he worked with a Democratic lieutenant governor and House speaker.

In 2007, Dowd broke with Bush, who he criticized for his handling of the Iraq War. He identified as an independent for several years and worked as a political analyst for ABC News until earlier this year when he again declared himself a Democrat to run for office.

During his campaign, he said, he wants to stay away from labels and focus on winning values. He believes the Republican Party in the state has been pulled so far to the right that voters face an existential battle between "team democracy" and "team autocracy" and Democrats can win the election but only with the right candidate.

To win, they’ll need high Democratic turnout, bigger margins of victory among independent voters and some crossover from "disenchanted" Republicans, Dowd said. He says his past experience in politics, as well as his personal choices in that realm, makes him the candidate who can deliver.

"Regardless of the consequences I try to say it [like it is]. I broke with President Bush in a very public way. I criticized Donald Trump in a very public way," he said. "What I’m gonna propose is we as Democrats have to win because there's too much at stake. I serve your values."

Dowd said he doesn’t think he’ll match Patrick in the fundraising race, but he expects to have enough to run a competitive race.

Before he can get to Patrick in November, he’ll have to face other Democratic candidates in a March primary. So far, Mike Collier, the Democrat who came within 400,000 votes of unseating Patrick in 2018, has formed an exploratory committee and has been barnstorming across the state. One of his main issues is "fixing the damn grid" and he is expected to formally announce his campaign soon.

"We welcome Matthew Dowd back to the Democratic Party," Ali S. Zaidi said in a statement. "Mr. Dowd — you may notice things have changed a lot since you were working for Republicans. Democratic voters will be interested to hear how selling a false war, ensuring the deciding Supreme Court vote to overturn Roe v. Wade, and leading the charge to pass numerous anti-marriage equality ballot measures have shaped your current views."

Dowd said he knew Collier was exploring a run but it did not factor in to his decision to jump into the race.

He said he would not attack Collier or any other Democrat that gets in the race. Instead, he’ll focus on showing Texans why Patrick is out of touch with their values.

"From Day One, I’m gonna take this to Dan Patrick and that’s gonna continue for 405 days," he said, referring to the number of days until next year’s general elections. "I'm gonna be unrelenting in telling the truth in showing how Dan Patrick has hurt Texans and hurt this state."

More updates from The Texas Tribune 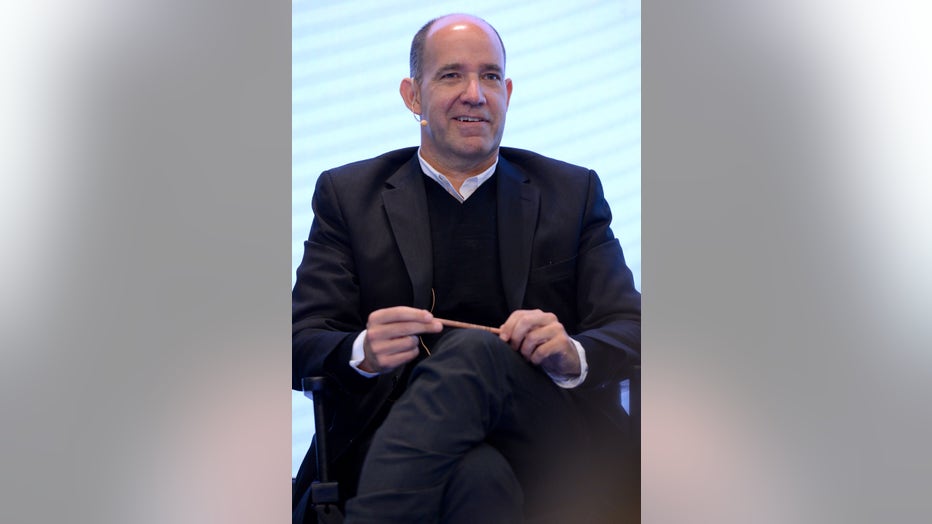