Matthew McConaughey is an awarding-winning actor, but growing up in a working-class family in the heart of Texas has kept him close to the Lone Star State, including as a professor and potential candidate for governor.

McConaughey, born in Uvalde, Texas, has been an active community leader throughout the state for years. He recently called for bipartisan gun legislation following the deadly shooting in his hometown that left 22 dead, including 19 students at Robb Elementary School. After a private meeting with President Joe Biden, the actor gave an emotional plea at the White House press briefing room for Congress to raise the minimum age to purchase an AR-15 and expand background checks.

The actor's mother also taught at a school only a mile from where the shooting occurred in Uvalde. McConaughey and his wife, Camila Alves, traveled to the town in May to pay their respects to the victims and their families.

Actor Matthew McConaughey gave an impassioned speech during the White House press briefing on Tuesday, calling for "responsible gun ownership" and highlighting the victims and the families involved in the Uvalde, Texas, mass shooting that took the lives of 19 children and two teachers at Robb Elementary School.

Does he still teach at UT Austin?

McConaughey is a practicing professor at UT Austin's Moody College of Communication, according to the university's website. In Fall 2019, he joined the Department of Radio-Television-film, where he still continues to teach. Before joining the faculty, McConaughey co-taught a "Script to Screen," film production class with lecturer and director Scott Rice. He created the course curriculum so that students may gain an understanding of the behind-the-scenes view of each stage of a film's production.

"It’s the class I wish I would have had when I was in film school. Working in the classroom with these students gives me a chance to prepare them," McConaughey told UT News after joining the university. "Making movies, turning words on paper into film, is both a science and art – no matter the time or generation. The elements of truth and genuine joy for the process are timeless. That will always be our classroom focus." 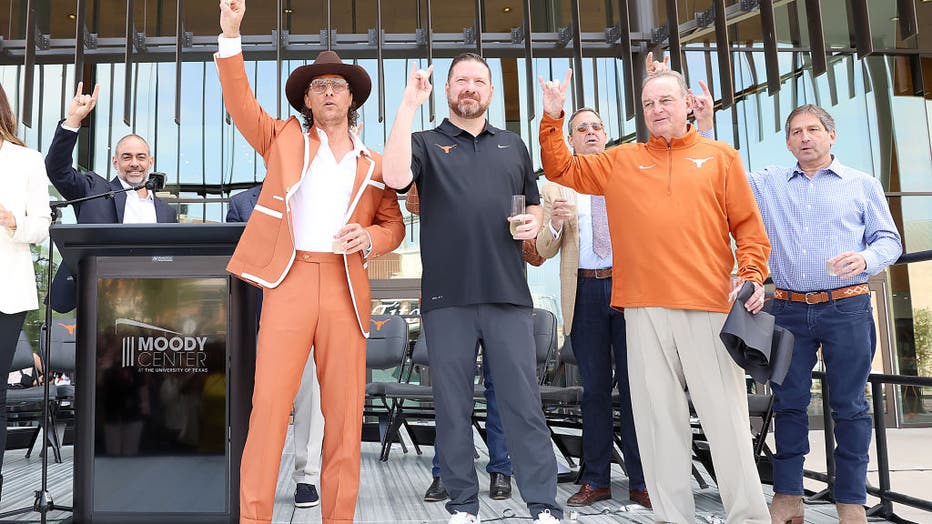 Why did he not run for governor of Texas?

For a long time, McConaughey publicly toyed with the idea of running for Governor in his home state of Texas but never made a serious announcement until last year.

Despite releasing a video in November 2021 that he would not be throwing his hat into the race, just a month later he told "Today" he would not rule out the possibility forever.

In February, McConaughey, recalled what inspired him to consider running for governor of Texas during an interview with Fox News Digital.

"Giving a wondering about, 'Hey, what are we doing? What's going on with us as, as a people, as a state, how we're getting along, where have we gone awry?'" the "Greenlights" author said.

What did he get a degree in?

The "Dazed and Confused" star attended UT Austin from 1989 to 1993 and earned a Bachelor of Science in Radio-Television-Film. He is also an alumnus of the university's Delta Tau Delta fraternity. Initially, he wanted to attend Southern Methodist University but decided against it due to the financial hardship it would put on his family, according to his book "Greenlights." 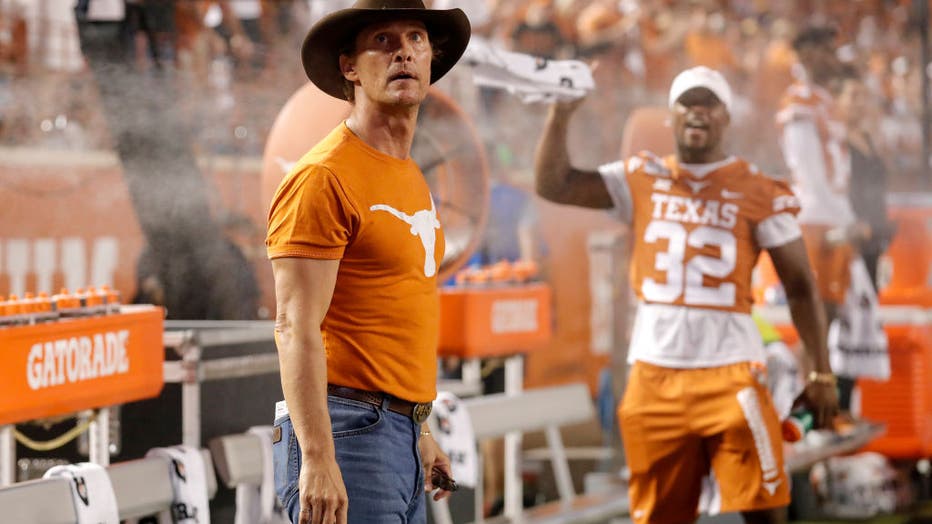 AUSTIN, TX - SEPTEMBER 07: Actor Matthew McConaughey reacts on the sideline in the second half of the game between the Texas Longhorns and the LSU Tigers at Darrell K Royal-Texas Memorial Stadium on September 7, 2019 in Austin, Texas. (Photo by Tim W

McConaughey also planned to earn a law degree after graduation but changed his mind. One of his first breakout performances for a leading role was as a lawyer in the movie "A Time to Kill" in 1996.