AUSTIN, Texas - A Texas man has been charged with murder after he allegedly ran over another man in his vehicle following a heated confrontation.

According to the Austin Police Department (APD), dispatch received calls around 12:44 a.m. on June 20 stating that a pedestrian was run over by a car in a North Austin apartment parking lot. The callers also stated that the driver had attempted to flee the scene and was being physically restrained by other civilians.

When first responders arrived they found the pedestrian with life-threatening injuries on both his head and body. Efforts were made to save his life, but he succumbed to his injuries.

The victim has been identified as Bisorquis Delisle Pena.

Gonzalez told detectives that she and Pena had spent Father's Day out at the lake with friends. The driver, Issandro Yorlan Varona-Lopez, and his girlfriend, Morisneyi Leon, were also at the same event. 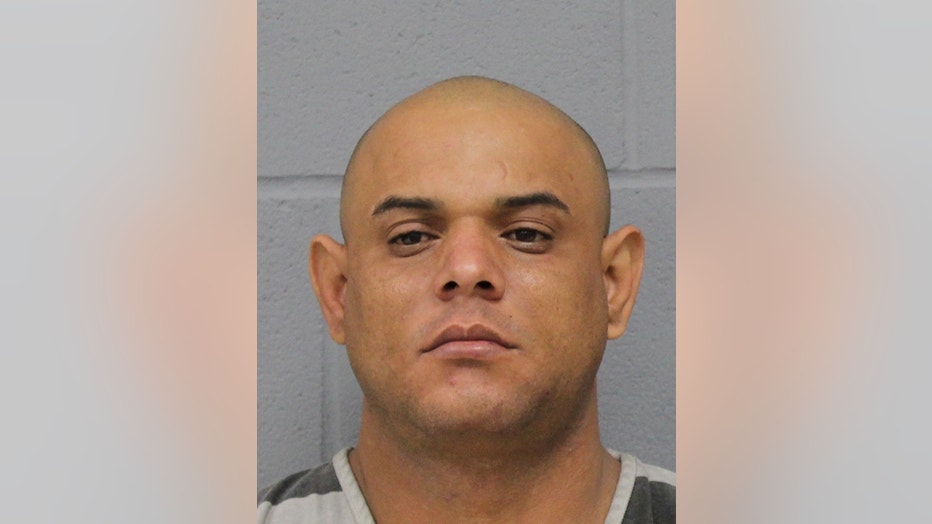 Gonzalez reportedly told detectives that the men were drinking alcohol and playing dominoes while the women were swimming in the lake. While playing dominoes, Pena reportedly referred to Varona-Lopez as a pirulí - a sucker or lollipop.

Varona-Lopez took offense and continued to bring it up hours later while everyone was still at the lake, according to APD. Varona-Lopez reportedly angrily left the lake without his girlfriend around 10 p.m.

Pena and Gonzalez reportedly went to the apartment complex on Chevy Chase to continue hanging out with one of their friends who lives there. While in the parking lot, Varona-Lopez approached Pena and a heated confrontation ensued.

Gonzalez told APD detectives that she grabbed Pena's hand and led him away in an attempt to separate the two men. While the pair were walking away, Varona-Lopez allegedly got into the driver's seat of his 2013 red Chevrolet Camaro.

Varona-Lopez allegedly backed out of the parking space before accelerating at Pena at a high rate of speed. Gonzalez told APD detectives that Varona-Lopez had almost hit her as well.

Another witness had recorded the heated confrontation in a Snapchat video, according to the Austin Police Department. The Snapchat video footage reportedly corroborates what Gonzalez had told detectives.

Pena can reportedly be seen pushing Gonzalez out of the way before Varona-Lopez strikes him with his vehicle.

Following their investigation, APD detectives charged Varona-Lopez with murder - a first degree felony. Varona-Lopez is currently being held in the Travis County Jail.