PFLUGERVILLE, Texas - A suspect in a fatal shooting at a Kyle convenience store in 2020 has been arrested in Pflugerville, says the Hays County Sheriff's Office.

31-year-old Olegario "Moses" Eliseo Ochoa was taken into custody without incident in the 1900 block of Pecan Street Wednesday morning by members of the US Marshals Lone Star Fugitive Task Force on an active murder warrant from HCSO. 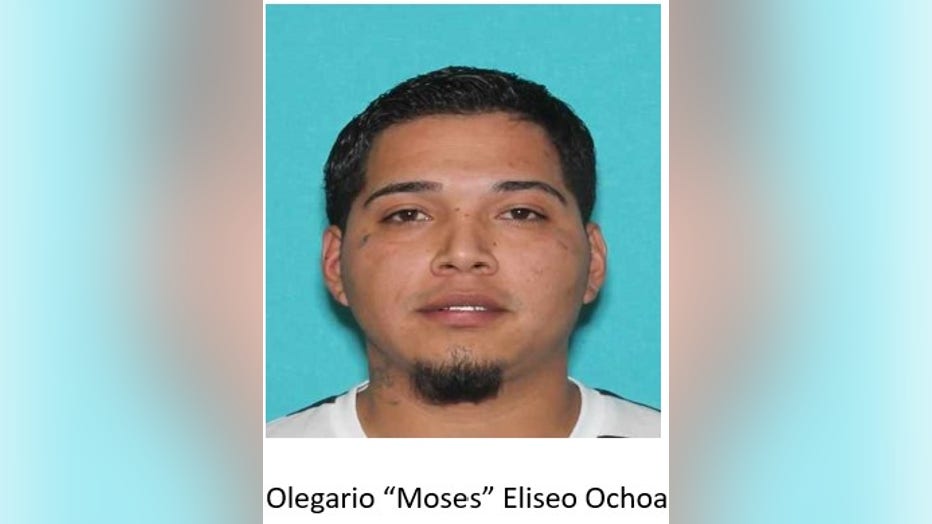 A fugitive investigation revealed that Ochoa had fled the area and was believed to be in north Austin.

Ochoa was one of multiple people wanted in connection with a shooting in the parking lot of the Poco Loco convenience store in the 700 block of High Road in Kyle on Nov. 2, 2020.

The investigation began as an aggravated assault with a deadly weapon, but investigators learned that a juvenile male, later identified as 16-year-old Dovavin Sepulveda, involved in the case had been dropped off at an area hospital with a gunshot wound and was later pronounced dead, despite life saving measures.

Ochoa was booked into the Travis County Jail, where he will await extradition with a bond set at more than $1 million.

The two other subjects involved, 32-year-old Roberto Ochoa and 32-year-old Ricardo Najar, were already in custody at the Hays County Jail.