Big changes to the I-35/US 183 interchange in North Austin.

The existing northbound I-35 to northbound US 183 flyover closed to traffic starting at 10 p.m. on Sunday, April 25. FOX 7 Austin's John Krinjak has all the details you need to know.

The existing northbound I-35 to northbound US 183 flyover closed to traffic starting at 10 p.m. on Sunday, April 25. During the closure, crews are demolishing and reconstructing a portion of the flyover, which is expected to take about four months.

"It’s a steep grade," said TxDOT spokesperson Brad Wheelis. "If you’ve ever traveled that flyover and, unfortunately, got behind an 18-wheeler you know that they bog it down." 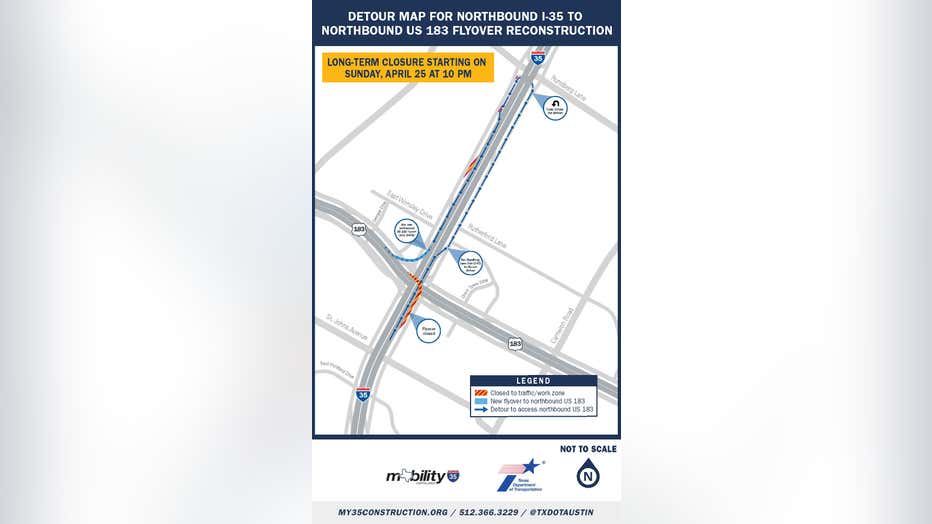 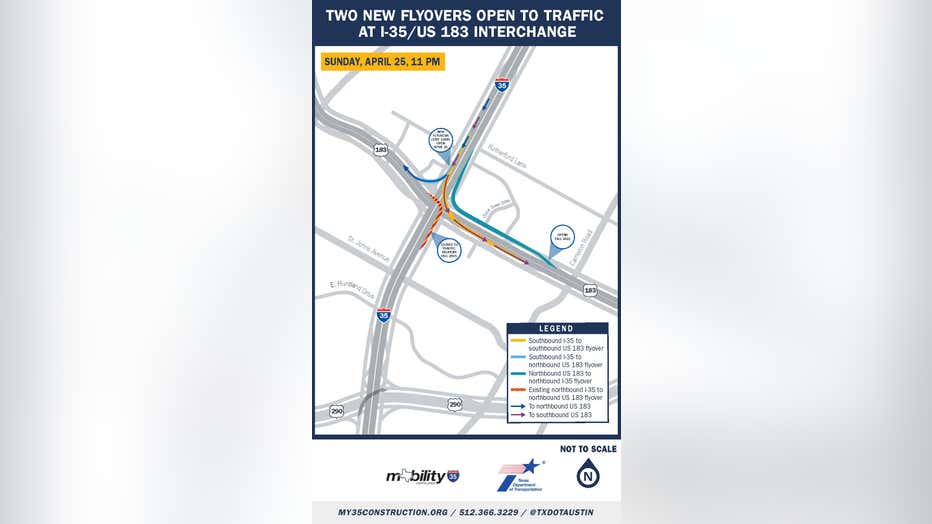 All closures and construction are weather permitting.

The construction and detours are something TxDOT employees are experiencing themselves. The Austin District Headquarters sits right at that interchange.

"We’re getting a little taste of what it’s like to go through construction which is a great thing because now we have the perspective of the person who’s driving this every day because we do drive it every day," said Wheelis.

The existing northbound I-35 to northbound US 183 flyover will close to traffic starting at 10 p.m. on Sunday, April 25.

The project is just one of multiple improvements planned for I-35. "Everything’s going to work kind of hand-in-hand to improve mobility and safety in the region," said Wheelis.

According to Wheelis, the next major TxDOT project will be adding managed HOV lanes from US 290 East to SH 45 North. That project is expected to start sometime next year.