FOX 29 has obtained surveillance video of an incident in which police say a man threw a Molotov cocktail at an unoccupied North Philadelphia day care.

NORTH PHILADELPHIA - A man is in custody after police say he attempted to set fire to a Philadelphia day care using a Molotov cocktail.

The incident occurred just after 9 a.m. at a day care facility on the 2700 block of Germantown Avenue.

Police say a male suspect wearing a black mask threw a Molotov cocktail at the building, breaking the window.

Officials say the fire from the cocktail burned outside the building and did not reach the day care's interior.

FOX 29's Kelly Rule reports the day care was closed and unoccupied at the time of the incident. Video of the incident obtained by FOX 29 shows the moment the flames started burning on the exterior door of the building, as the suspect 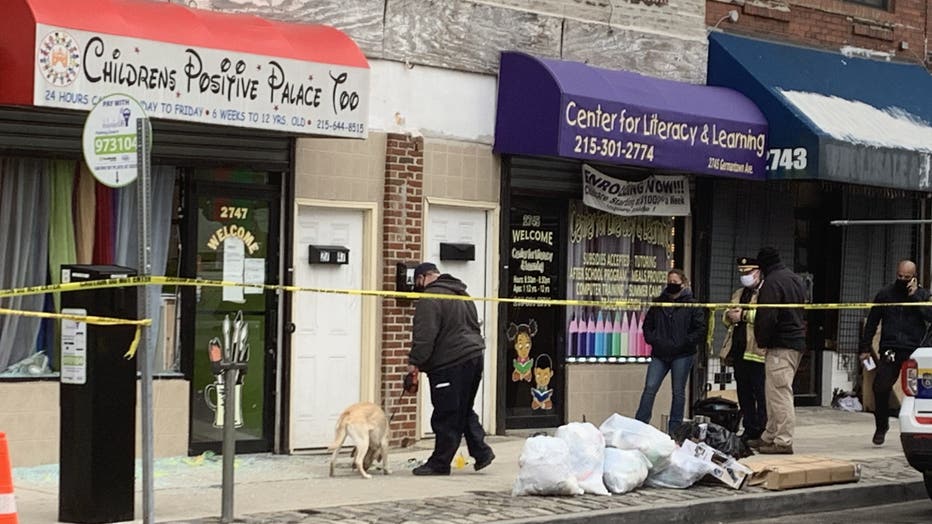 After throwing the cocktail, police say the suspect got into the passenger side of a white Toyota which then fled the location. He was later taken into custody at 2nd Street and Allegheny Avenue.

The driver was no longer on location when police arrived.

This is a developing story, stay with FOX 29 for updates.

2 men in stable condition after separate overnight shootings in Philadelphia

Man shot at during road rage incident in Southwest Philadelphia