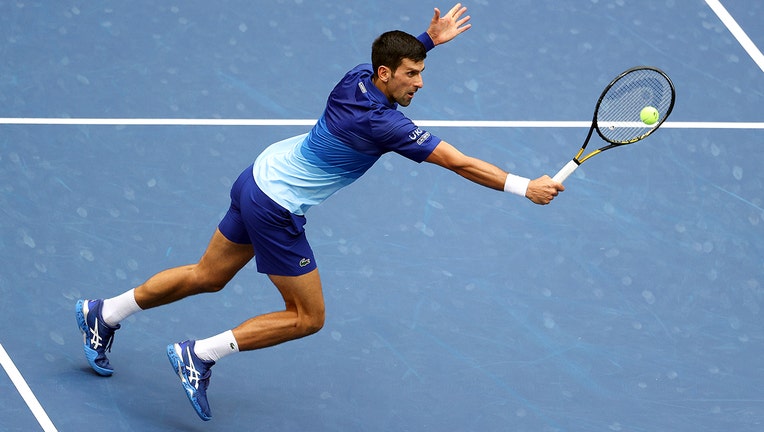 NEW YORK - Novak Djokovic will not play in the U.S. Open tennis tournament as both he and organizers had hoped because he still isn't vaccinated against COVID-19, which precludes him from traveling into the United States.

Djokovic tweeted his withdrawal on Thursday, a few hours before the U.S. Open was set to reveal the tournament draw.

"Sadly, I will not be able to travel to [New York] this time for [U.S.] Open. Thank you #NoleFam for your messages of love and support," Djokovic wrote. "Good luck to my fellow players! I'll keep in good shape and positive spirit and wait for an opportunity to compete again. See you soon tennis world!"

Djokovic, 35, so far has declined to get a COVID shot, which has cost him the opportunity to play in several tournaments.

The U.S. Tennis Association said it would follow government rules about vaccination status for the U.S. Open, which is played in Flushing Meadows, Queens. It doesn't have a vaccination requirement for players or their support teams.

However, the CDC requires foreign visitors to the United States to be vaccinated if traveling by air.

"Novak is a great champion and it is very unfortunate that he will be unable to compete at the 2022 U.S. Open, as he is unable to enter the country due to the federal government's vaccination policy for non-U.S. citizens," Allaster said. "We look forward to welcoming Novak back at the 2023 U.S. Open."

The official seeding list is not determined until the draw is made. As the Qualifying Tournament has commenced, his withdrawal resulted in a lucky loser being included in the draw.

Andy Roddick, the 2003 U.S. Open champion, was on Good Day New York to talk about tennis and the special suites he designed with IHG for the U.S. Open.