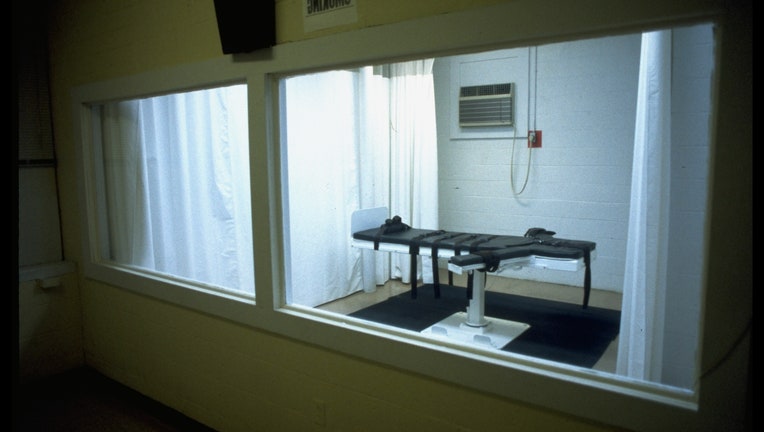 OKLAHOMA CITY, Okla. - Oklahoma will execute about one inmate each month for the next 29 months, a number that accounts for more than half of the state’s death row population.

According to the Death Penalty Information Center, a nonprofit death penalty research organization, the first scheduled execution is set for Aug. 25. Roughly one execution per month will follow through the end of 2024. The 25 inmates scheduled to die account for more than half of the 42-plus inmates on death row.

The rapid execution schedule was released about a month after a federal judge ruled the state’s three-drug lethal injection method is constitutional.

That ruling stems from a six-day federal trial in which attorneys for 28 death row inmates argued the first of the three drugs, the sedative midazolam, is not adequate to render an inmate unable to feel pain. Attorneys claimed it creates a risk of severe pain and suffering that violates the U.S. Constitution’s Eighth Amendment prohibiting cruel and unusual punishment.

RELATED: Death row inmates' last meals: What to know about the history behind our strange fascination of these requests

Inmate James Coddington, convicted of killing his coworker in 1997 because he wouldn’t lend him money for drugs, is first on the list. Coddington’s March 10 execution was postponed after a judge allowed him to join the lawsuit that ultimately failed.

The South Carolina Department of Corrections (SCDC) informed Attorney General Alan Wilson Friday that they are prepared to carry out executions by firing squad as required by law, according to a news release.

Oklahoma had one of the nation’s busiest death chambers until problems in 2014 and 2015 led to a de facto moratorium. Richard Glossip was just hours away from being executed in September 2015 when prison officials realized they received the wrong lethal drug. It was later learned the same wrong drug had been used to execute an inmate in January 2015.

The drug mix-ups followed a botched execution in April 2014 in which inmate Clayton Lockett struggled on a gurney before dying 43 minutes into his lethal injection — and after the state’s prisons chief ordered executioners to stop.

Executions in Oklahoma resumed in October with John Grant, who convulsed on the gurney and vomited before being declared dead. Since then, three more executions were carried out without noticeable complications, most recently inmate Gilbert Ray Postelle, who was put to death Feb. 17.

Glossip, who was twice convicted and sentenced to die for killing Barry Van Treese, the owner of the motel where Glossip worked, is second on the execution list. He has maintained his innocence.

A group of Republican House members, led by state Rep. Kevin McDugle, said they have serious concerns about Glossip’s guilt and sought an outside law firm to review the case.