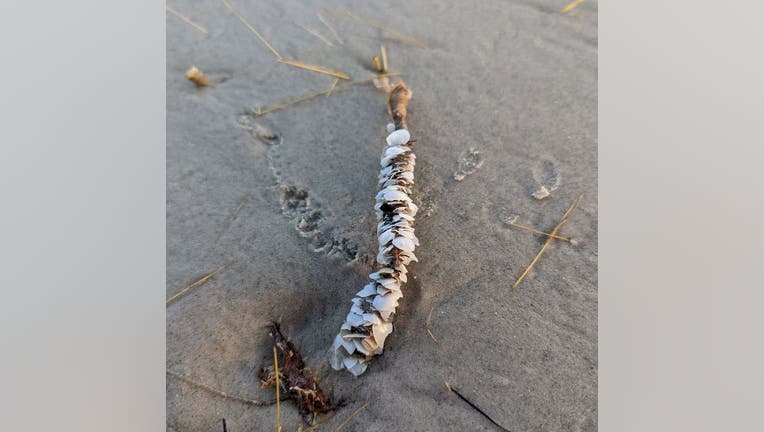 PADRE ISLAND, Texas - Have you seen this before? The Padre Island National Seashore gives an explanation of what it is.

At first glance, it looks like it might be unique shells, however, if you look closer, you can see there are a bunch of little shells and shell fragments. Inspection by the Padre Island National Seashore shows the tiny shells are attached to a tube made by the plumed worm.

The plumed worm, which can be up to a foot long, lives buried in the sand and builds a J-shaped tube around itself. To protect its soft body as it darts out into the water column to grab food, the worm creates a chimney like extension to its underground tube.

The chimney tube, seen in this image, sticks about two or three inches above the surface of the sand.

What is attached to the outside of the worm, depends on the debris available. Some worms are covered with pebbles, grains of sand, seaweed or even pieces of wood.

Regardless of what the worm is covered with, the objects have a consistent size and shape.