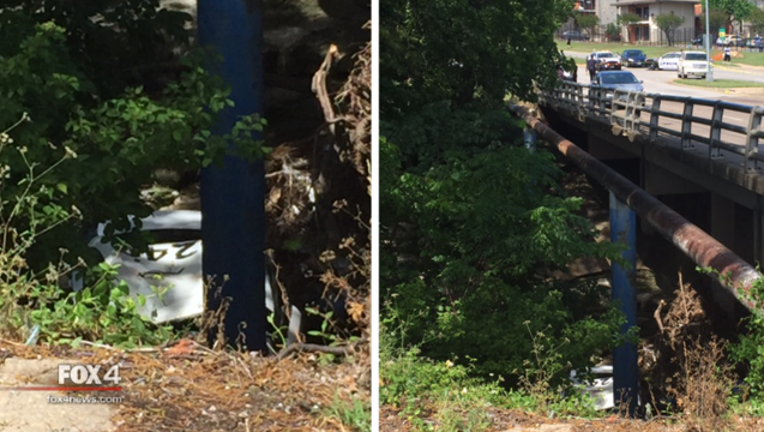 DALLAS (AP) - Dallas police are praising a group of people who helped a critically injured officer by scrambling down into a creek bed and stabilizing the officer's patrol car after it was forced off the road by another vehicle.

At least 10 people went into the creek bed Monday. Video posted to social media shows them pushing against the top of the heavily damaged patrol car after it toppled onto its passenger side.

The unidentified officer was pulled from the wreckage and the officer's condition later was upgraded to stable.

Police say the officer was responding to a call when a pickup failed to yield the right of way and struck the patrol car, forcing it about 30 feet down into the creek.

The driver of the pickup fled the scene.