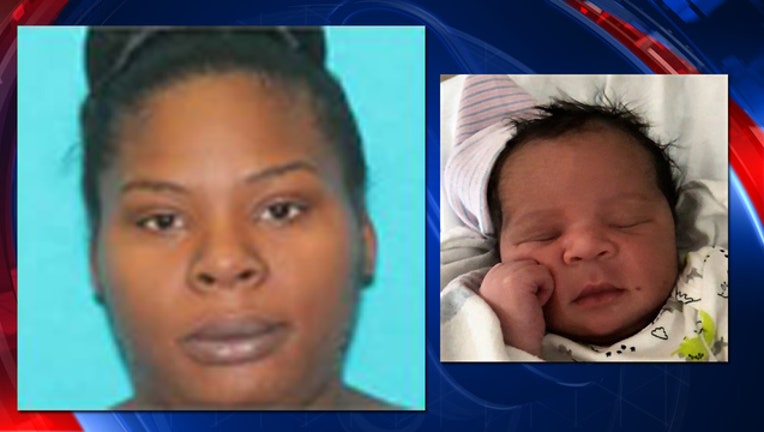 AUSTIN, Texas (FOX 7 Austin) - Baby Elijah's mother, 30-year-old Brittany Sadi Smith, has been apprehended and arrested, according to police. Smith was wanted for interference with child custody, following a state-wide Amber Alert this past week.

Smith was arrested at a home in the 5600 block of Springdale Road on Thursday, August 15.

The U.S. Marshals Lone Star Fugitive Task Force conducted a fugitive investigation and developed information with the collaboration of tips provided from the public and law enforcement intelligence that indicated Smith sought shelter in the Austin area to avoid capture.

Investigators with the task force established surveillance at an apartment complex and surrounded and approached the residence to pursue Smith, according to police.

Three days after Elijah was born, the real Galbert came to the hospital and was introduced to staff there as Smith's sister, according to the paperwork. Police said at that time, Smith requested hospital staff release the baby to Galbert, and they did.

The day after Elijah left the hospital, Child Protective Services visited following an anonymous tip. CPS said Smith has a history with them for parental termination related to neglect and abuse of her previous children. CPS was granted an order for temporary custody of baby Elijah on July 24.

After issuing an Amber Alert Monday, Austin police located Galbert and Elijah. Galbert was arrested for interfering with child custody and Elijah was turned over to CPS.

Smith has been transported to the Travis County Jail.

APD: Baby Elijah has been found