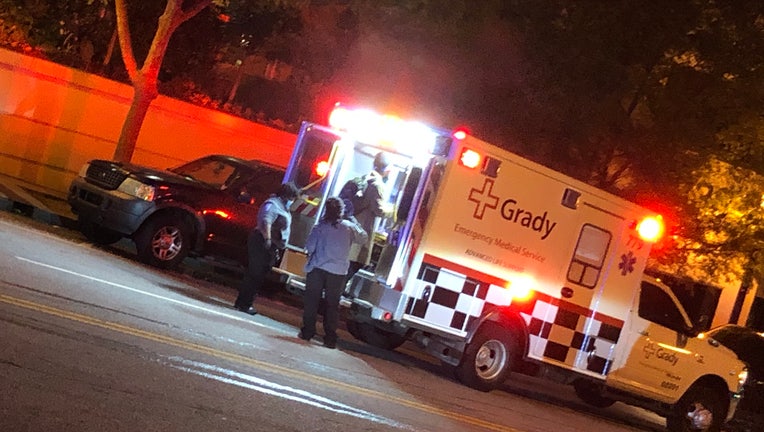 ATLANTA - A meeting with a woman he was talking to through social media ended with a man recovering from a shooting, Atlanta police say.

The Atlanta Police Department says late Sunday night the victim brought the woman he had been talking to on Instagram back to his downtown Atlanta hotel room.

But officers say once the two of them got inside, the woman tried to take the man's cell phone and other items.

During a struggle, police say the woman yelled for help, then a man entered the room and shot the victim.

The victim was shot in the ear and was taken to a nearby hospital in stable condition.

Police are still looking for the woman and the shooter.