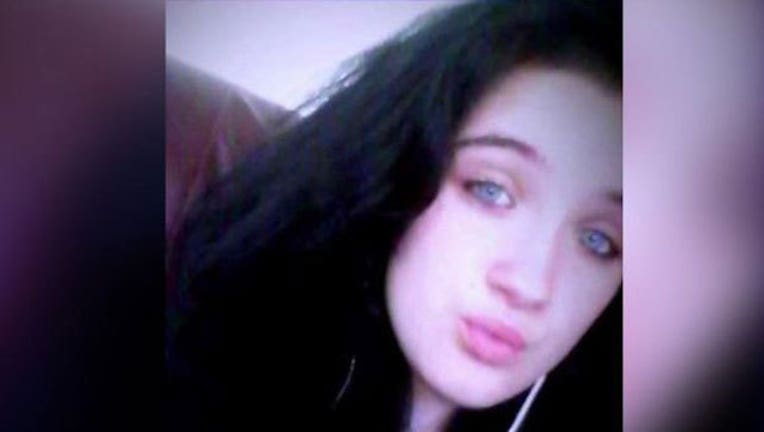 VALLEJO, Calif. (AP) — Authorities on Friday expanded their frantic search across hundreds of miles of California for a missing girl they still hope to find alive days after the bleeding teenager was dragged away by an armed man later killed in a gunbattle with police.

Pearl Pinson, 15, could be anywhere along the hundreds of miles that Fernando Castro, 19, traveled throughout the state after the high school freshman was abducted Wednesday as she walked to school.

A witness saw Castro armed with a gun and pulling a screaming Pinson across a freeway overpass in Vallejo, about 25 miles east of San Francisco. The witness reported hearing a gunshot while running for help.

Surveillance cameras captured images of Castro's car traveling Thursday morning in Marin County, about 25 miles from where Pinson was taken and 300 miles south of where he shot and killed hours later. The gold Saturn sedan was spotted on a freeway near the San Francisco Bay, and authorities are searching the water's edge.

"We continue our search, and we hope to find her alive," Solano County Sheriff Thomas Ferrara said.

Authorities said the two teens knew each other but emphasized that they believe Pinson was taken unwillingly. Rose Pinson, the missing girl's older sister, said she had heard Castro's name but had never met him and described him as an acquaintance, according to the Vallejo Times-Herald.

"Everyone is looking for Pearl. We aren't doing so good," Rose Pinson said at a vigil Thursday. "She's always happy, she loves to laugh, loves to ride her long skateboard."

Blood and Pearl Pinson's cellphone were found on the pedestrian overpass where she was taken Wednesday. A day later and hundreds of miles away, Southern California sheriff's deputies spotted and pursued Castro's car.

Castro abandoned the sedan about 45 miles north of Santa Barbara and shot at deputies as he ran into a mobile home park, the sheriff said. He briefly barricaded himself there, but a woman inside was able to escape safely.

He stole a gray pickup truck from the house and opened fire at deputies again before they shot and killed him, authorities said.