AUSTIN, Texas - The Austin Police Department (APD) has arrested a suspect and charged him with aggravated assault with a deadly weapon.

According to APD, officers responded to a call about several people being injured from gunshots in a Dollar Tree parking lot on North Lamar Boulevard around 2:52 a.m. on Monday, June 20.

The individuals hurt in the Dollar Tree parking lot were taken to the hospital, one with life-threatening injuries and the other with serious injuries.

Shortly after, a man matching the suspect's description checked into St. David's Hospital in South Austin. The suspect is identified as Michael Allen Kyles III. 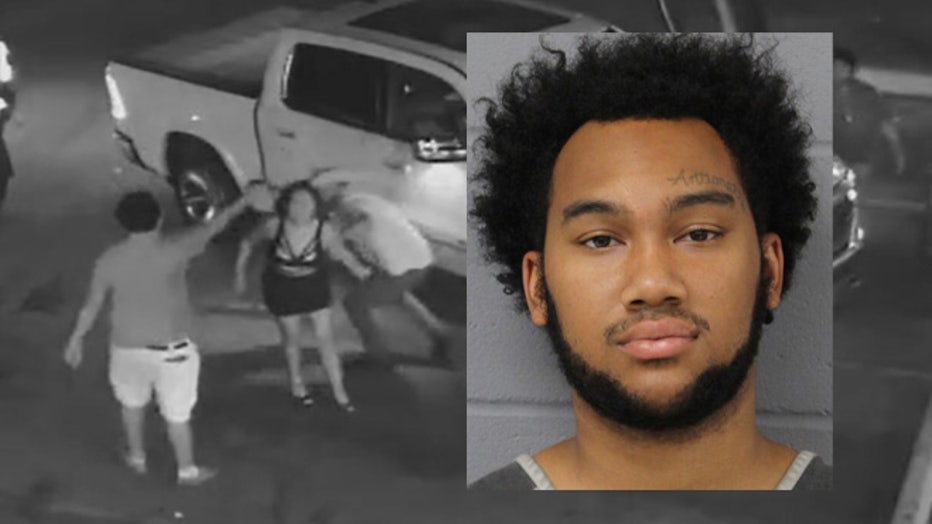 Investigators gathered security camera footage from the June 20 incident, which shows Kyles shooting both individuals after a disturbance.

Kyles is in the Travis County Jail with no bond.

APD is still looking to identify other individuals who may have been victims and witnesses to the shooting though, including the persons and vehicles pictured below.

Anyone with information about this incident or other violent crimes should call the APD Aggravated Assault Unit at (512) 974-5245, Crime Stoppers at 512-472-TIPS or use the new Crime Stoppers App.

Crime Stoppers is offering up to a $1,000 reward for information that leads to an arrest.