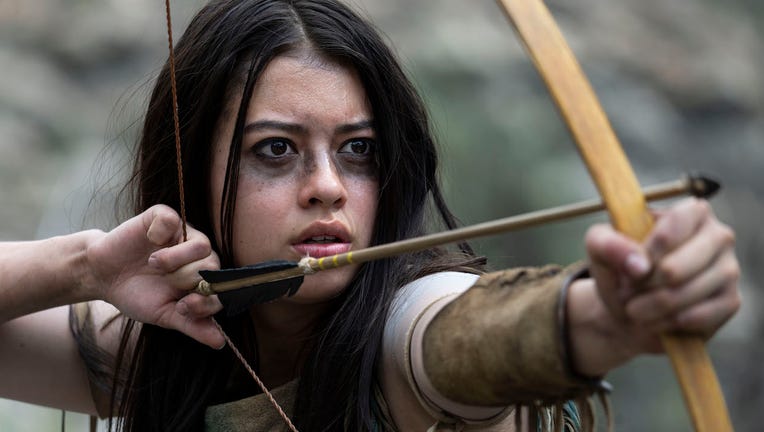 Chicago - Conceptually, "Prey" is doing exactly what franchise movies should be doing. Rather than trotting aging stars who couldn’t care less out for a dead-eyed reboot that does the same thing as the movie that started it all — but worse — this film takes a seed of an idea and turns it into a fresh new story set in the same universe. Here, the seed is that the intergalactic race of high-tech trophy hunters known as "Predators" have been visiting Earth for thousands of years — a concept that’s been explored in various "Predator" films, spin-off comics, and the like.

From there, writer Patrick Aison and director Dan Trachtenberg ("10 Cloverfield Lane") developed an original screenplay about the first contact between Predators and their human prey in the Americas.

About "Prey": A YA survival story with an R-rated sci-fi twist

The story takes place in the year 1717, somewhere in the Great Plains area that now spans the U.S. and Canada. There, the Comanche Nation makes its home amid sprawling grasslands and mountainous forests. The film is told from the perspective of Naru (Amber Midthunder of FX’s "Legion"), a teenage Comanche girl who shows promise as a healer, but has a single-minded obsession with proving her worth as a hunter. (Her older brother is an expert and highly-respected huntsman. So that has a lot to do with it.) 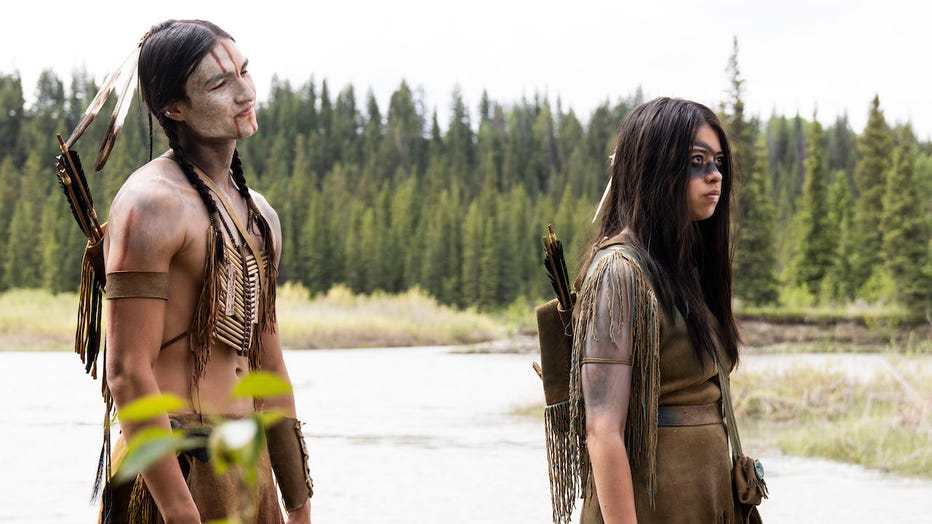 WATCH FREE ON TUBI: James Spader in "Alien Hunter" — get the app

Both Taabe (the brother in question, played by Dakota Beavers) and their mother Aruka (Michelle Thrush) are, to put it frankly, tired of Naru getting in the way on hunting expeditions. It’s time, they tell her, to stop chasing this foolish dream.

But then Naru spots a mysterious flash of lightning in the trees. She interprets this as a sign, and runs to tell Taabe that she’s seen the mythical Thunderbird common in Native American folklore. He dismisses her warning, but his indifference only hardens Naru’s determination, and she sneaks out that night to go capture the creature herself. What follows is an R-rated version of a YA survival novel (think Gary Paulson’s "Hatchet"), combined with a sci-fi action narrative built around a series of chase scenes. An appearance from some hostile French trappers helps fill out the story to feature-length, as does a patch of quicksand and a field full of skinned buffalo. But for the most part, "Prey" is an elemental David and Goliath story, one that pits bows and arrows against high-tech weaponry and human ingenuity against alien arrogance.

Naru’s story is a classic underdog narrative. But while the character dynamics in the story — the stubborn younger sister, the doubting older brother — are nothing new, they’re nevertheless effective, both as a standalone story and as part of the broader "Predator" mythology. That’s typical of "Prey" as a whole: The film is well thought out in every aspect, from its depiction of Comanche culture, medicine and language — the film is largely in English with some Comanche sprinkled in, but a full Comanche dub will be available on Hulu — to the staging of its fight scenes, which are just shaky enough to hide the rough edges while still allowing the viewer to follow what’s happening. 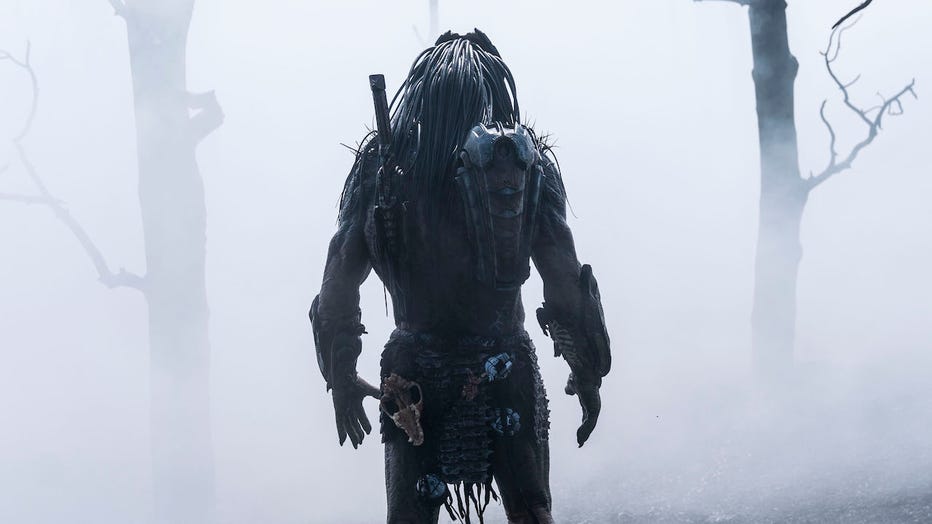 WATCH: Cult classics, streaming free on Tubi — get the app

"Prey" is positively propulsive in its second half, when the Predator, played by 6’9" former basketball player Dane DiLiegro, finally shows itself and the spine-ripping, ax-throwing action really kicks into gear. "If it bleeds, we can kill it," Taabe growls at one point, as badass an action-movie tagline as there’s ever been. Director Trachtenberg does especially well in creating images that juxtapose the Comanche way of life with the Predator’s futuristic gadgetry, finding moments of beauty in spurts of glowing green blood and laser sights focused on foreheads coated with war paint.

The weaknesses in "Prey" aren’t the fault of the filmmakers — or of Midthunder, who gives her all to both the physical and emotional aspects of her performance. The issue here is the limited VFX budget, which is a problem for a movie packed with nonstop confrontations between flesh-and-blood actors and CGI adversaries. This isn’t such a big deal when it comes to the CGI trimmings on the Predator himself; if an invisibility effect doesn’t look completely realistic, that’s fine, because, well — it’s not supposed to. It’s more of an issue in scenes where characters fight CGI animals like bears, snakes and wolves, none of which pass for the real thing. 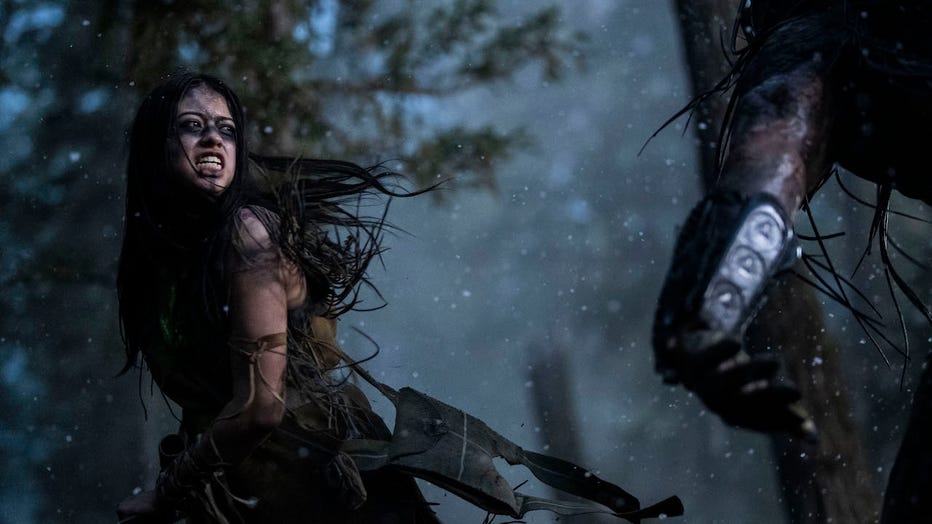 WATCH FREE ON TUBI: Clive Barker’s "Hellraiser" — get the app

Trachtenberg adds production value to "Prey" with drone shots of mountain creeks and waving prairies, but these only accentuate the uncanny valley between the actual natural world and the faux one rendered for the film. It’s a frustrating and unnecessary Achilles’ heel for a film that’s otherwise doing everything right, and while it doesn’t spoil the experience, it does cheapen it a little.

Given Hollywood’s dismal track record for greenlighting original ideas — or even original takes on established franchises, as we see here — perhaps it’s a miracle that "Prey" got made at all. But it’s hard not to wonder what might have been, if 20th Century Studios had opened its purse just a little wider and given "Prey" the backing (and the theatrical release) solid filmmaking like this deserves.

WATCH FREE ON TUBI: "Alien Predator" — get the app

About the writer: Katie Rife is a film critic, programmer, and former Senior Writer of The A.V. Club. Her work has appeared in Rolling Stone, Vulture, and Indiewire, among other outlets.

Make it a double feature with "Plane Sound for Sleep or Studying: Airplane White Noise," streaming free on Tubi

Make it a double feature (for real this time) with "Jaws," streaming free on Tubi

Jaws (1975) Get into the nitty-gritty of the predator/prey dynamic with one of the great creature features. The first blockbuster is still one of the best of its kind, a triumph of storytelling and ingenuity that truly has it all. "Jaws" might be the swiss army knife of movies — it works for everything. Looking for a comedy? An action movie? A dramatic character study? A "just three guys on an impossible mission" kind of story? Or are you, perhaps, in the mood for one of the most iconic movie scores of all time, a giant shark named Bruce and a boatload (pun intended) of great performances? Try this Steven Spielberg classic. It’s a film for all seasons (but especially for summer). Rated PG. 123 minutes. Dir: Steven Spielberg. Featuring: Roy Scheider, Richard Dreyfuss, Robert Shaw, Lorraine Gary, Murray Hamilton.

"Jaws" is streaming free on Tubi — get the app

How to watch "Prey"

"Prey" can be found stalking the forests of Hulu starting Aug. 5. It is not currently available in theaters.