Protesters who took refuge in a home in Northwest D.C. Monday night emerged Tuesday morning after a citywide curfew was lifted.

FOX 5’s Maureen Umeh was outside of the homes on Swann Street in the Logan Circle area when dozens of demonstrators waited until after 6 a.m. to come outside.

Rahul Dubey was one of the DC homeowners who opened his doors to over 100 protesters after a citywide curfew began. 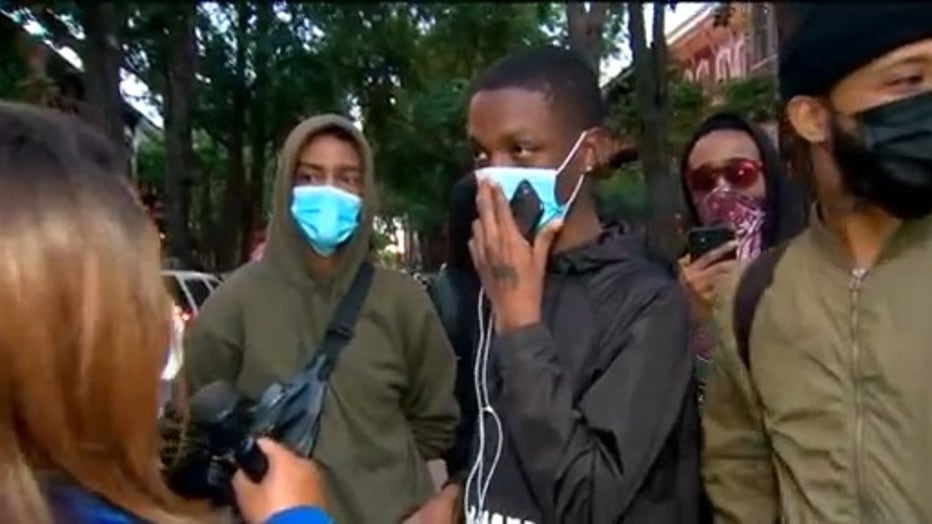 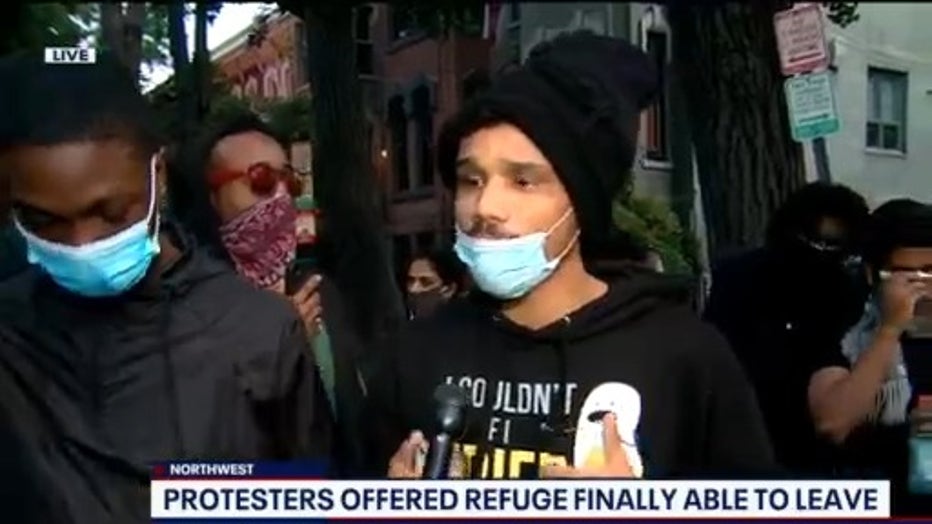 Umeh spoke with some of the demonstrators who were involved in protests across the nation's capital in the wake of George Floyd's death at the hands of police. Many in the group told her that they were chased off of the streets prior to the start of Monday night's curfew. The protesters told Umeh that their particular group held peaceful protests earlier in the evening near the White House and said they were cornered by officers before being taken in by residents.

Demonstrators denied reports that their group was responsible for damage to homes and looting that was reported Monday night. Some protestors Umeh spoke with said they believed many who were looting during the protests were opportunists taking advantage of the situation. 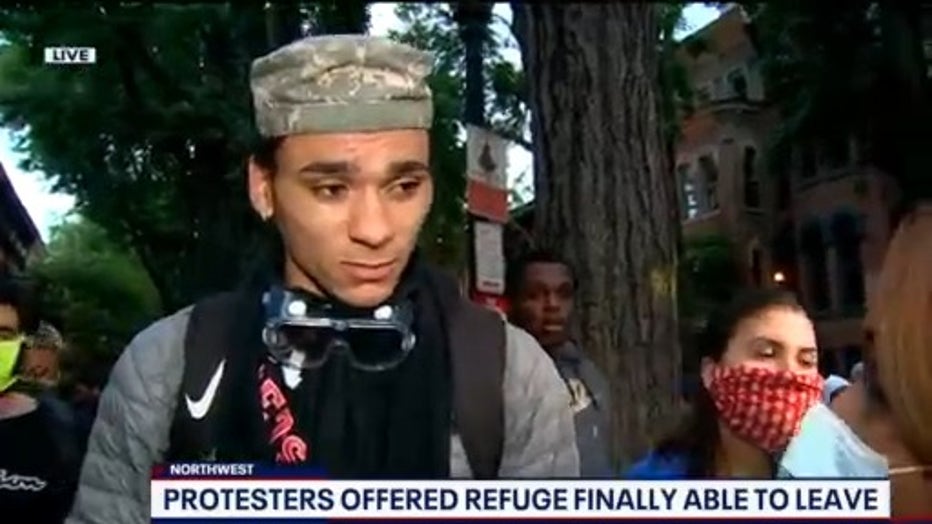 Demonstrators say police maintained a presence outside of the homes they were in throughout the evening. “We’re unwavering in our protests,” one of the demonstrators told Umeh after they emerged from the homes. “Even when we face times like this we still come out and fight for the cause.” 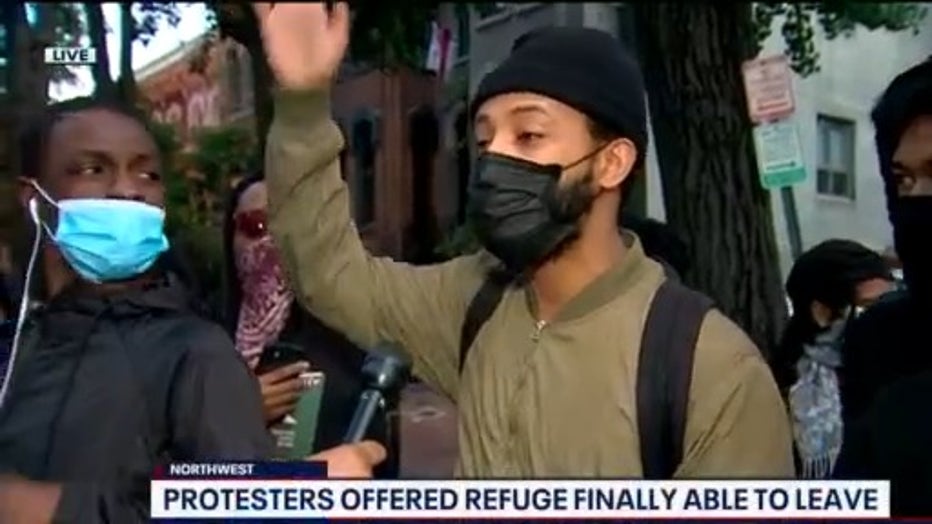