According to the poll, voters in Texas are split on Governor Greg Abbott, who is up for reelection next year. 46% say he deserves to be reelected while 48% say he does not.

This split was not present in party lines with 82% of registered Republicans in favor of Abbott's reelection and 88% of registered Democrats opposing.

"A Trump favorite in a state that is turning less red in recent election cycles, Abbott has a decent but in no way overwhelming grasp on reelection," said Quinnipiac University Polling Analyst Tim Malloy. 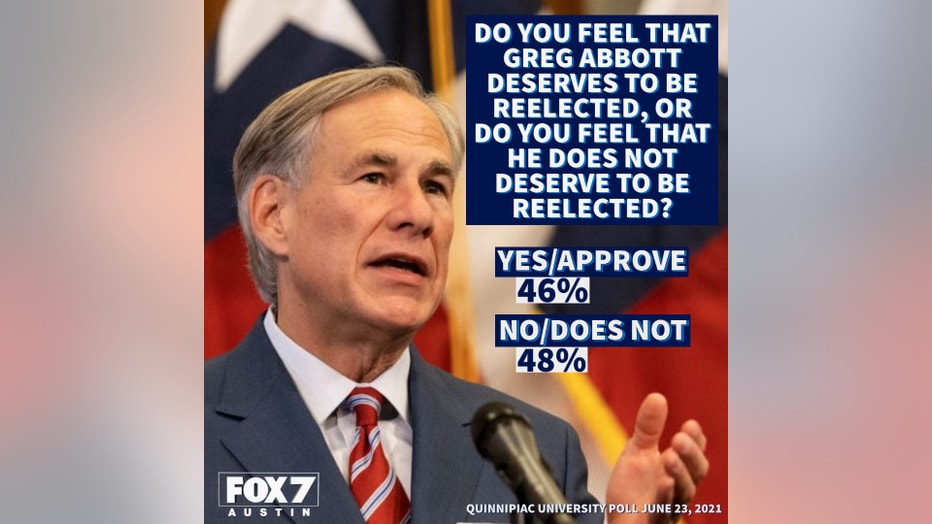 According to the poll, voters in Texas are split on Governor Greg Abbott, who is up for reelection next year.

According to the poll, Governor Abbott's disapproval rating is the highest it has been since his 2018 election. 48% approve of the job he is doing while 46% disapprove.

Texas voters were mixed on many other job approvals:

A number of other parties, including former U.S House representative Beto O'Rourke and actor Matthew McConaughey, have been seen as potential candidates for a gubernatorial run.

51% said they would not like to see the Democrat O'Rourke run for governor, with 41% in favor according to the poll. McConaughey, whose political party is unknown, got similar results with 47% opposing his run and 41% wanting to see it.

"McConaughey and O’Rourke may still be on the fence, but their numbers suggest they have the attention of voters," added Malloy. 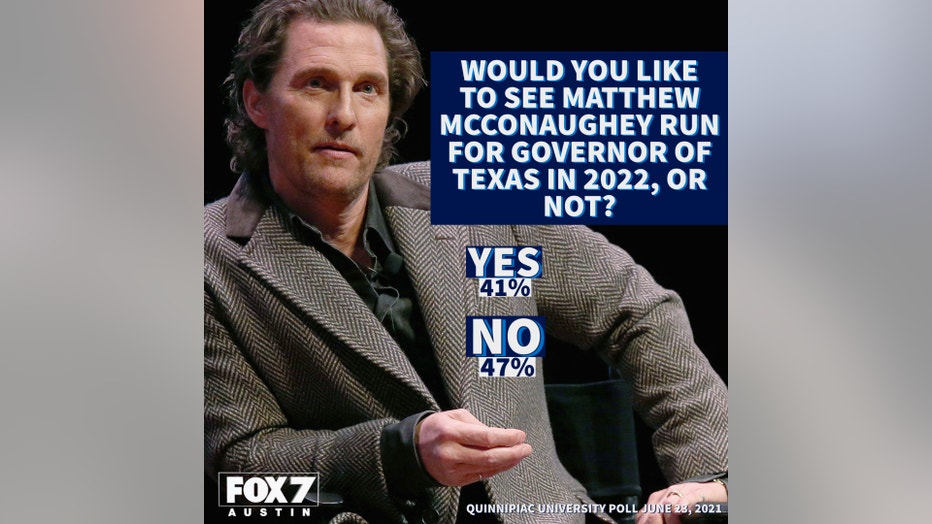 "McConaughey and O’Rourke may still be on the fence, but their numbers suggest they have the attention of voters," added Malloy.

Abbot and McConaughey, however, have the highest favorability among elected officials, candidates, or potential candidates in races for either Governor of Texas or Texas Attorney General.

According to the poll:

Voters were also polled on how they felt politicians were addressing issues, including the coronavirus and the Mexican border.

The poll shows Texas voters are in favor of both Abbott and Biden's handling of Coronavirus. 53% approved of Abbott's handling against 45% who disapproved, while Biden received 58% approval with 37% disapproving. 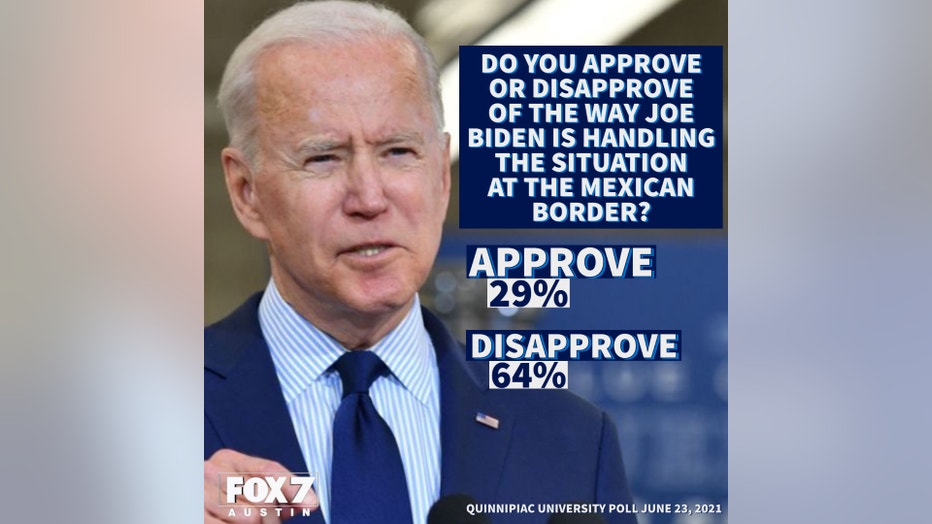 While voters seem split on the border wall with 50% in support and 46% opposing, party lines are clearly drawn. 89% of Republican voters support the wall while 83% of Democrats oppose.

Quinnipiac University says 1,099 Texas registered voters were surveyed from June 15 – 21 with a margin of error of +/- 3.0 percentage points for this poll.