A man from France just broke the world record for the longest highline walked, according to the International Slackline Association (ISA).

Nathan Paulin managed to walk a staggering 2,200 meters (nearly 1.4 miles) across a highline which was rigged at approximately 100 meters from the ground.

He accomplished the feat at Mont-Saint-Michel, a tidal island located in France, and it took Paulin nearly two hours to get all the way across. 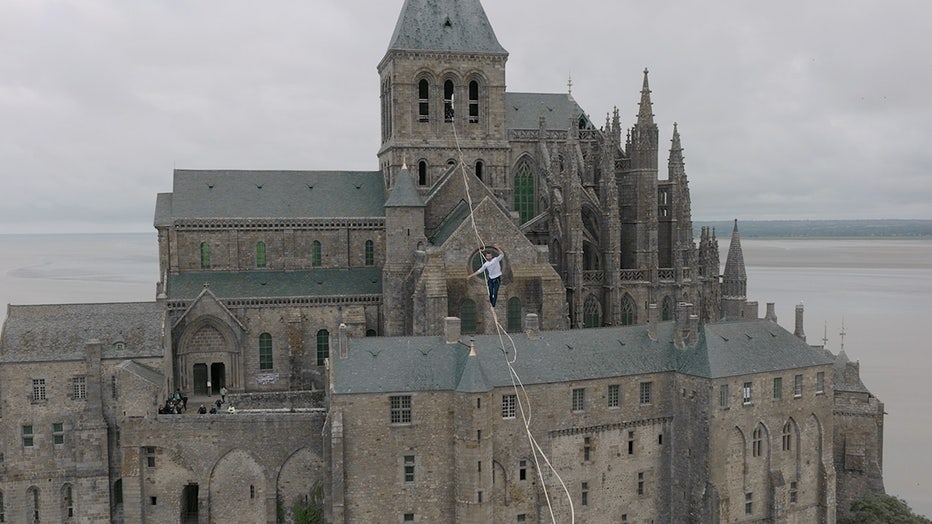 "The feeling when I’m on the line… it’s almost impossible to describe it. Sometimes I feel really powerful when I do that, but sometimes I also feel really small and I feel like I’m nothing. Being able to do that makes me feel free," Paulin said in a news release. 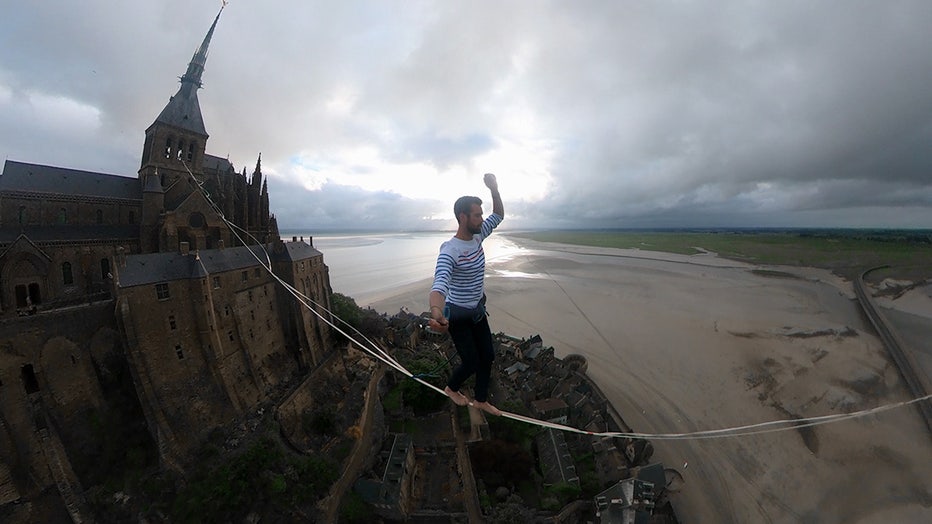 Paulin has been highlining since 2010 and holds multiple world records.

One of his most notable performances included highlining from the Eiffel Tower in 2017.

RELATED: Double amputee sails around the world amid pandemic, poverty and pirates

Highlines are a form of slacklining which is essentially a "2- to 5-centimeter wide piece of webbing made from synthetic fibers, which is rigged between to fixed points," according to the ISA.

Not to be confused with tightrope walking which involves a taut line or rope secured between two fixed points, slacklining uses a different line material and uses less tension.

Highlines, specifically, are rigged at "great heights" many times between rocks or even two mountain peaks, the ISA website said.

"In highlining it is not only balance that matters. Even people free of vertigo fight their instincts here. To protect themselves against life-threatening falls, highliners double up the webbing with a second system (rope or another webbing – principle of redundancy) and attach themselves to those two systems with a harness, safety rope (leash) and a ring that goes around both systems," the ISA said.