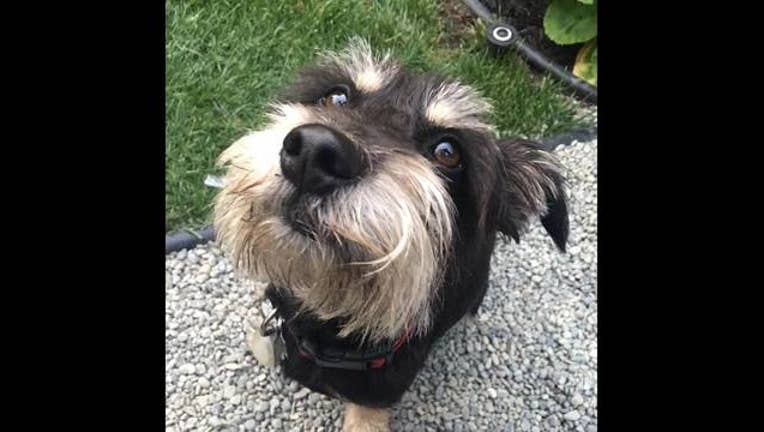 ALAMEDA, Calif. (Pam Cook/KTVU) - Everything seemed to be falling in place for Zac Bowling and his fiancé. The Google software engineer had just bought a home with a yard in Alameda – the perfect setting for the couple’s new rescue dog, Benny.

Over the weekend, Bowling’s mom came to the new place to celebrate his birthday, and she brought cupcakes to mark the occasion. They were “keto” cupcakes,  a low-carb phenomenon made with xylitol, a sweetener that’s less calories than sugar – but deadly to dogs.

Bowling didn’t know any of this at the time, and after the family gathering, he threw the leftover cupcakes into the compost.

Trouble is, Benny got into the compost too.

The 2-year-old schnauzer-terrier mix started vomiting. Bowling called his mom to find out what was in the dessert. She told him and he started Googling.

Xylitol does not stimulate the release of insulin from the pancreas in humans. But when dogs eat something containing xylitol, the sugar substitute quickly absorbs into the bloodstream, resulting in a potent release of insulin from the pancreas.  Untreated, this hypoglycemia can kill dogs. To date, there is no official national count of how many dogs have died after ingesting it. But the FDA has issued formal a warning about this chemical, in an alert that reads "Danger, paws off."

And it killed Benny.  Bowling rushed him to the veterinarian. But Benny didn’t make it. He died on Monday.

“He was the best dog ever,” Bowling said. “He always had something stuck in his mustache.”

“Keep a close eye on ingredient lists of household products,” he said. “ The sugar substitute xylitol is extremely toxic to dogs. If you cannot avoid using products containing xylitol, then make absolutely sure they are stored safely out of reach of your pets.”

Bowling is now on a mission to protect other dog owners from similar fates. He’s been sharing his story, and the city of Alameda issued an alert about xylitol on Monday in Benny’s honor.

“We want to make sure this doesn’t happen to any other families,” Bowling said.

Xylitol is a naturally occurring substance that is widely used as a sugar substitute. Chemically, it is a sugar alcohol, and found naturally in berries, plums, corn, oats, mushrooms, lettuce, trees, and some other fruits.
Commercially, most xylitol is extracted from corn fiber, birch trees, hardwood trees and other vegetable material. Although it has been used as a sugar substitute for decades, its popularity has increased dramatically in the last few years due to its low glycemic index and dental plaque fighting properties.

What is it popular?
Xylitol is about as sweet as sucrose, but contains only about two-thirds of the calories.

Why is it toxic to dogs?

What to do if your dog eats something containing xylitol?

If you suspect that your pet has eaten a xylitol-containing product, please contact your veterinarian or Pet Poison Helpline (800-213-6680) immediately.
Do not induce vomiting or give anything orally to your dog unless specifically directed to do so by your veterinarian. It is important to get treatment for your dog as quickly as possible.  As some dogs may already be hypoglycemic, inducing vomiting can make them worse!