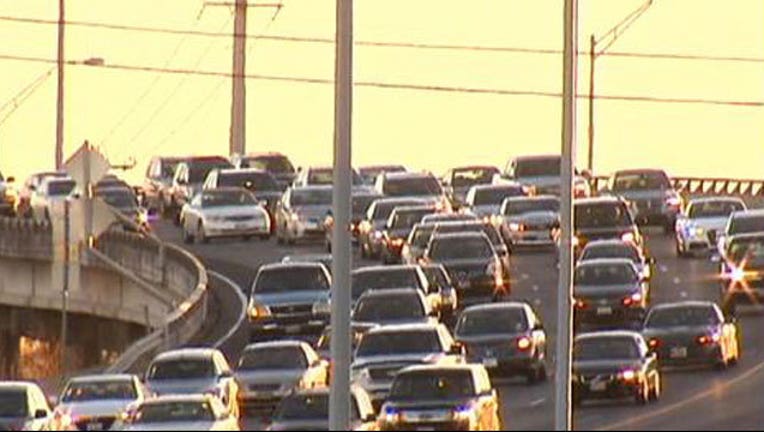 It seems attempting to solve one problem, may end up creating more.

"There will be huge noise impacts; it's already a little noisy. If you put a cap on top of this, you create a drum effect. There will be visual impacts; it will mar the skyline of our city," says Brigid Shea, Travis County Commissioner, precinct 2.

Two toll lanes in each direction from Cesar Chavez to Slaughter Lane.

This includes a double-decker bridge over Zilker Park and Lady Bird Lake with a flyover next to Austin High School.

"You build that giant double-decker flyover and you just dump the traffic on Cesar Chavez, right here at Austin High. How does it get from there all the way to downtown? Cesar Chavez is already overloaded. You're widening the mouth of the funnel but the neck is still choked," says Bill Bunch, Keep Mopac Local Coalition.

This project has many people concerned.

A "Save It, Don't Pave It" rally was held on Saturday for that very reason.

They hope they can urge the toll road authority to scale back their plans.

"There's tremendous opposition to this and I feel like the toll road authority is ignoring our community. I don't think that's right," says Shea.

The CTRMA says there are currently 130,000 cars that drive on Mopac South every day.

If nothing is done, they expect wait times to increase by thirty minutes within the next twenty years.

Those opposed don't think the project will be much help.

"These toll lanes are what we call congestion pricing lanes, which means when mopac get's really congested, they get really expensive. Their own representatives have said publicly that the toll lanes could cost as much as $12 to $14 per trip. So this is not going to provide relief to the average commuter," says Shea.

They want to see traffic reduced, but believe there are better ways to get it done.

"The first thing they can do, is with a few buckets of paint, they could re-stripe some lanes that currently exist for high-occupancy vehicle lanes, through rush hour. That would help significantly, for almost no money," says Bunch.

A final vote on the MoPac South expanded plan is set for May 11th.